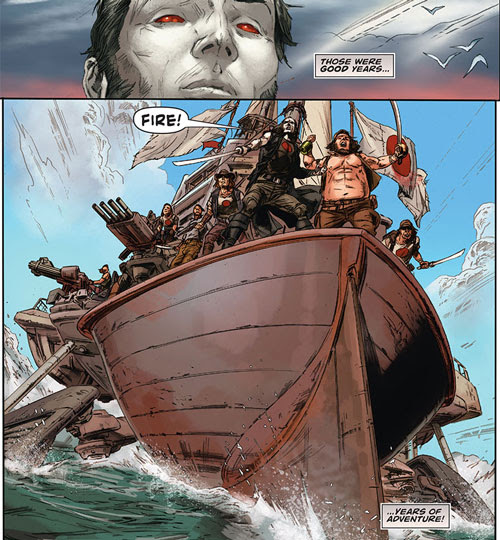 Superstar creators Jeff Lemire (BLOODSHOT REBORN) and Doug Braithwaite (IMPERIUM) chronicle Bloodshot’s ultimate fate in a visionary tale of present and future torn from the pages of BOOK OF DEATH!

The lovers he’s known, the allies he’s trusted… All will eventually return to dust… But will the nanites that transformed Bloodshot – body, mind and soul – ever let him truly rest? For the very first time, read an essential chapter of the Book of the Geomancer as Project Rising Spirit’s ultimate walking weapon soldiers on from the modern day into the far future of the Valiant Universe…and reveals the truth behind the very last Bloodshot story that will ever come to pass…