page! When a group of friends sets out to use the abandoned Bodega Bay Inn as a party spot,
they find out first-hand that the bizarre local folklore is more truth than fantasy as an army of
twisted autonomous Puppets have their way with the trespassing teens! The Puppets are back,
and they’re out for blood!
Six variants—a separate color, sketch and photo variants for both Blade and
Pinhead (Limited to 2000 copies each).
32 pgs./ Mature Readers/ FC                        $3.99/ $4.99 Variant

Teenager Destiny Harper is at a crossroad in her life. Graduation is coming, and she has zero prospects
for the future. Answering an ad for “The Night Care Nursery” seems like a great idea, until she is magically
transported to Gloomvania, where dark creatures lurk the streets, and the world is being mysteriously overrun by
baby vampyres called Vamplets! Can Destiny serve her term as Governess of “The Nightmare Nursery” and return
home? Fairy tales get a modern update in this coming of age tales of monsters, mayhem, and magic! Variant
cover by William Blankenship (Limited to 2000 copies!) and Gayle Middleton herself (limited to 2000
copies!).
32 pgs./All Ages / FC                                    $3.99

While searching for Amelia Earhart, famed inventor Nikola Tesla is forced to work with
reclusive horror writer HP Lovecraft as they race against a conspiracy of Cthulhu cultists for an
extant copy of the original Necronomicon. Collects Herald: Lovecraft & Tesla 1-3.
96 pgs./Teen/ FC                        $11.99

Poppy Pepper just wants to survive junior high and avoid her rich rival, Saffron
Longfellow, and her brownie-baking minions, The Lady Rangers. But when mysterious new girl
Cassia Caraway arrives, she teams up with Poppy and together they plot to bring Saffron and
crew down. Variant cover by Josh Eckert, limited to 2000 copies!
32 pgs./ All Ages/ FC                                    $3.99

The climatic conclusion! Jesus vs. an airborne nuke. Satan and Sister Maria vs. an army of insane
mythological gods. Zeus vs. his own crippling insecurities. It’s all-out war as we ride this crazy comic
book into the outer atmosphere and then hurtle face-first into the ending. Won’t you join us?
Includes two limited variant covers, limited to 1,500 copies each.

It’s time for another round of tasteless tales from Rainbow Pixie Candy Land’s resident raunchy rabbits,Phil and Tyrone. Please join them as they kill their liver, take in a puppet show, do unspeakable things to a frog prince, and trip hard with Willy Nellson! No, really.
Features a special homage variant cover (limited to 2000 copies)
32 pgs./ Mature Readers/ FC                        $3.99/ $4.99 Variant

The cult hit of 2012 is finally collected! After Jason and his team of programmers get stuck in their
virtual reality game, Dungeon Lords, they must find a way back to the real world. Unbeknownst to
them, the fantasy characters they inhabit have taken control of their bodies… and now wizards and
warriors run free in Las Vegas!
Collects the 4 issue series that’s like The Hangover meets MMO video games.
104 pgs./ Mature Readers / FC                                    $14.99

Confounded at every turn, Smitty finds himself two steps behind Burroughs as their
old rivalry reaches new heights of mutual hatred. As his options for survival and freedom
dwindle, he’ll have to learn to think like his greatest rival-and come to grips with how similar
the two of them are.
32 pgs./Teen/ FC                        $3.99

PRINCELESS :THE PIRATE PRINCESS #3 (of 4)
Writer(s): Jeremy Whitley
Artist Name(s): Rosy Higgins, Ted Brandt
Cover Artist(s): Rosy Higgins, Ted Brandt
After the events of issue 2, Adrienne awakens alone on the beach without her armor. Where
has Raven gone and what is she after anyway? Also, PIRATE FIGHT! The Eisner-Award nominated
PRINCELESS continues! Look for the Limited Edition (2000 copies) clothing cover 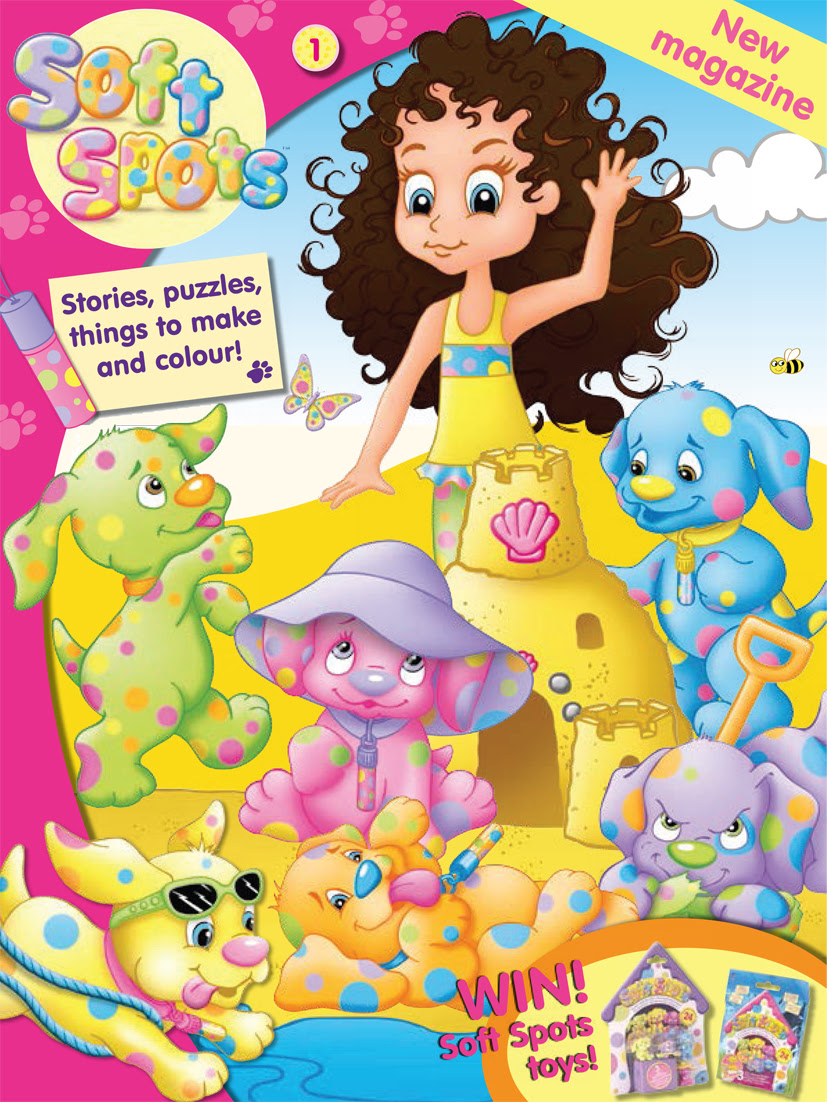 SOFT SPOTS MAGAZINE #1
The popular toy line comes to life in this all-ages magazine! Join Itchy, Tickly, Beauty,
Sunny and all the other Spots in this magazine filled with fun activities and stories. Magazine
comes bundled with one Soft Spot Puppy

Rodney has jumped back into the world of crime fighting and beings the search for the
Doberman’s killer; but his investigation has led him to dead ends and a bizarre character known
as the Theory. Will they solve the case before another victim is claimed? Cover by ChrisCross
(Green Lantern: Godhead)! Limited edition (1500 copies)Variant cover by Paige Pumphrey!

The perfect jumping on point for new readers! Janey is back, fresh from a dirt nap, and continuing her cross-country quest. But when a bath in what appears to be an abandoned
Detroit warehouse leaves rings in the tub, the meth chef resident cooks up a new drug… yep, it’s Breaking Bath Salts! Plus a major character in an all-new upcoming ongoing monthly series makes her first ever full costume appearance!
Features a variant cover by Dan Mendoza (limited to 1500 copies) and a risqué variant cover
(limited to 2000 copies) and a special Vampblade Variant by Winston Young (limited to 2500 copies).