Death to the Gods in ETERNAL WARRIOR #4! 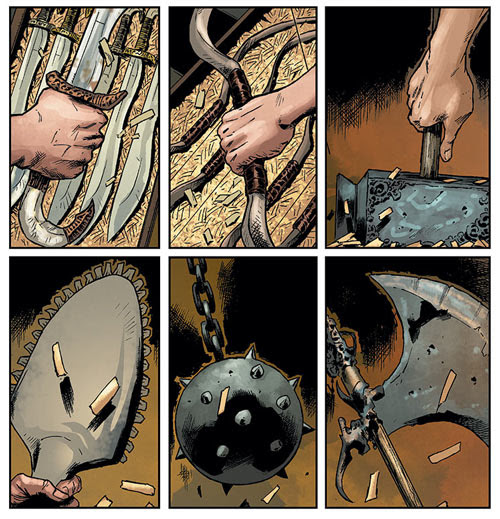 Gilad Anni-Padda was once the Earth’s sworn champion…but time changes everything. Together with his daughter and fellow immortal, Xaran, the Eternal Warrior has returned to stop the never-ending cycle of bloodshed that comes with obeying the Earth’s command. To do it, he’ll slay the god of the Earth itself…and the legion of swords at her command. But, immortal or not, can history’s most feared warrior withstand the divine wrath which he has wrought?

A battle thousands of years in the making will be fought today…and what happens here will reverberate for centuries to come…all the way to the year 4001! Begin the journey toward the return of Valiant’s famous future timeline right here on December 18th, only in Eternal Warrior #4!

And be back in January for Eternal Warrior #5 – the FIRST ISSUE of ETERNAL EMPEROR, an all-new story arc launching Gilad Anni-Padda into the far-flung world of the Valiant Universe circa 4001 A.D.!

For more information on Harbinger and the rest of the Valiant Universe, visit Valiant on Facebook, on Twitter, and at ValiantUniverse.com.
For Valiant merchandise and more, visit Valiant.CinderBlock.com.