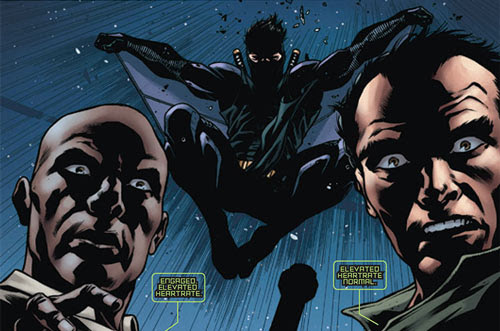 For every action, there is an equal and opposite reaction. First came UNITY… Now meet WEBNET! Coming off of the earth-shattering repercussions of their first mission, Ninjak is leading the newly formed Unity team right back into the trenches to face the Valiant Universe’s next colossal threat – the enigmatic Dr. Silk and his high-tech terror cell: WEBNET! With the fate of untold millions on the line, can this team of cutthroat heroes uncover Silk’s endgame – and his deadly connection to Ninjak’s shadowed past?

Attention retailers: this issue will be 100% returnable for qualifying orders. See your order form for more details.