THE GHOST PONY HAUNTS STORES NATIONWIDEPittsburgh P.A.- Monstrously cute and adorably deadly, The Vamplets return!. Created by My little Pony and The Littlest Pet Shop designer, Gayle Middleton, Gloomvania’s cutest bloodsuckers launch an all new quarterly series. Co-written by Middleton and  Dave Dwonch (Double Jumpers, Ghost Town) and illustrated by Amanda Coronado and Bill Blankenship, features an all new cover by Gayle Middleton. The Ghost pony is also now available in adorable plush form being offered to mortals for adoption from the Nightmare Nursery of Gloomvania. Includes a FREE bottle of blood (see picture). We suggest carrying it with you at all times-your life depends on it.All items are currently available for pre-order. 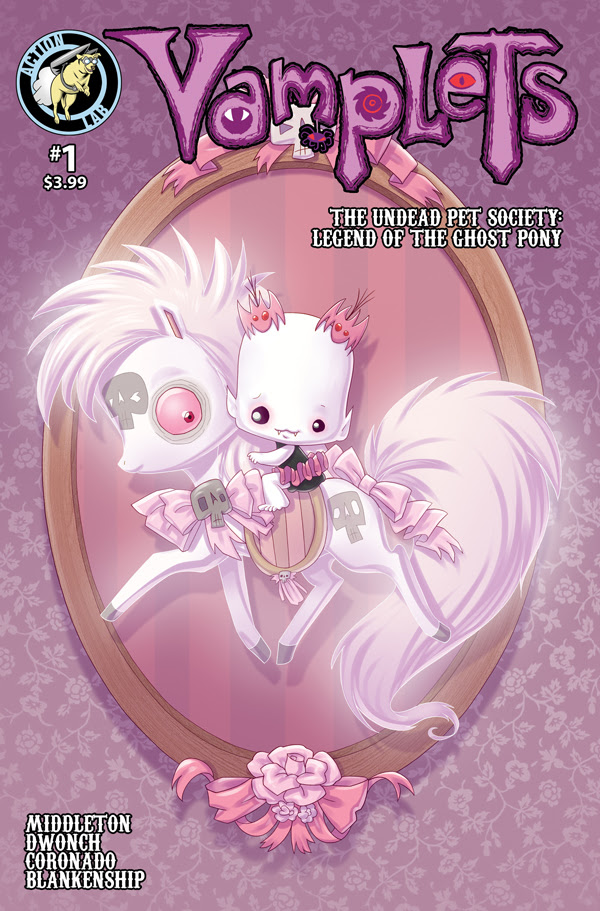 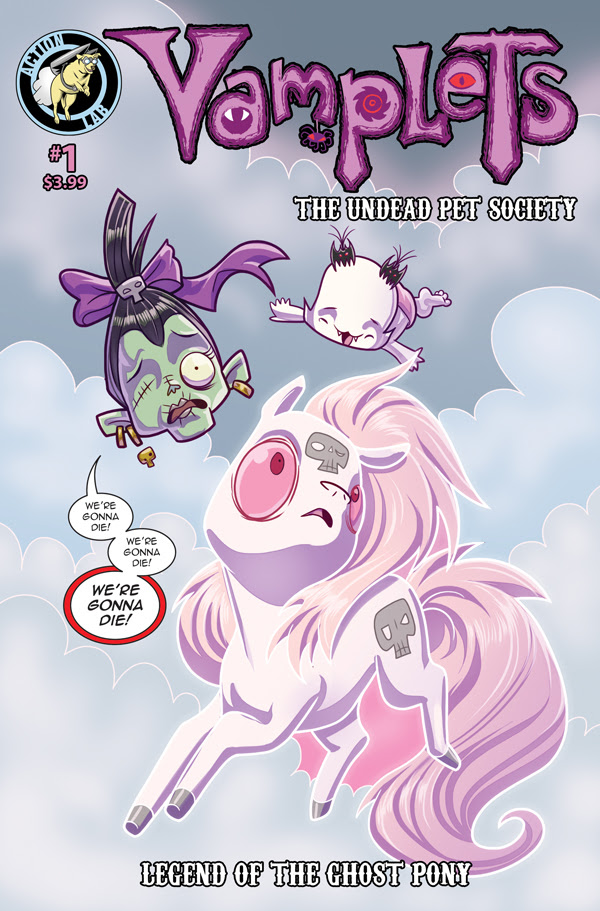 VAMPLETS:THE UNDEAD PET SOCIETY #1 (Ongoing)Writer(s): Gayle Middleton and Dave DwonchArtist Name(s): Amanda Coronado (p), David Dwonch (i) Bill Blankenship (c)Cover Artist(s): Amanda Coronado (a), Bill Blankenship (c) The Legend of the Ghost Pony begins here in this terrifyingly sweet installment from Hasbro designer/illustrator of My Little Pony Gayle Middleton! Ghost Ponies have been the harbingers of the weird for years. Whenever they appear, creatures near have disappeared, never to return. Where do they come from? What is their terrible secret? And what is the Ghost Pony’s connection to a vampyre baby named Lily Rose Shadowlyn? Find out in this all new adventure! Variant cover by Gayle Middleton herself (limited to 1000 copies!).FC/ 32pgs. /3.99 (regular cover); 4.99 (variant cover)