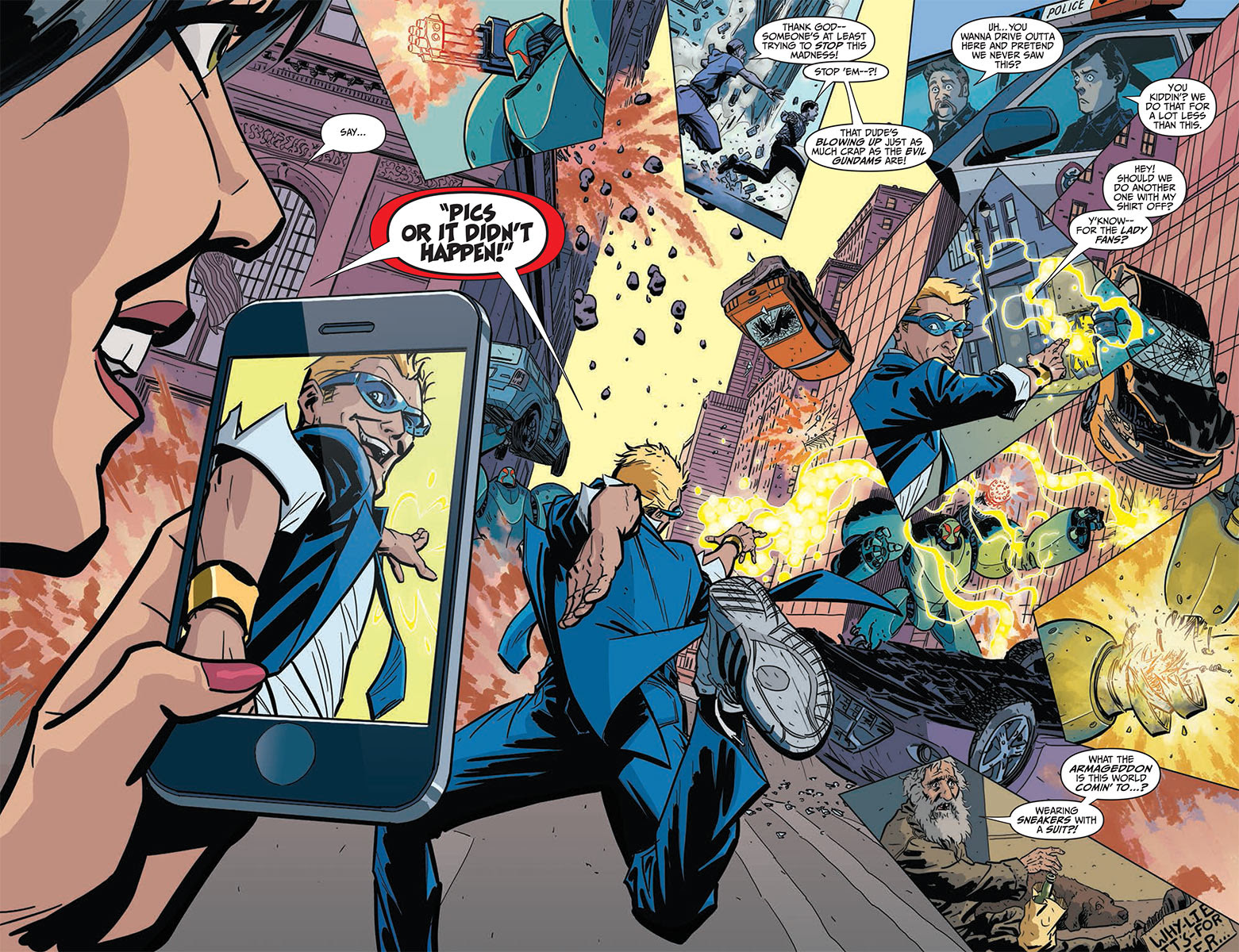 Valiant is proud to present your first look inside Quantum and Woody #9, the FIRST ISSUE of“Crooked Lives, Present Tense” – an all-new story arc from award-winning writer James Asmus(Thief of Thieves) and superstar talent Kano (Swamp Thing)! There’s a new scourge sweeping the streets of the nation’s capitol – robots(!!!) – and Quantum and Woody are on the case! (Or at least they’re supposed to be.)

Eric needs to know he can trust Woody – and that means Woody needs to get a job, open a bank account, sign up for a library card, and do all the things a responsible adult does. But when a new gang of rogue mad-scientist super-criminals launch a wave of robo-crime, will Woody stop them…or join them? Plus: EDISON’S RADICAL ACQUISITIONS are back…and they’d like a word or two about their goat, please.

If robo-criminals are the disease, Quantum and Woody are the cough drop! Bring a napkin because things are going get sticky when the world’s worse superhero team deals with “Crooked Lives, Present Tense,” beginning on April 2nd in Quantum and Woody #9!