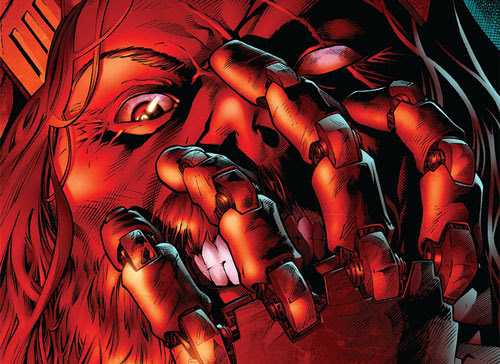 King Gilad Anni-Padda hoped to leave his days as the Eternal Emperor behind him. But when an unforeseen challenger threatens the future of his kingdom, Gilad must put down his crown and pick up his sword! After years of peaceful rule, will Earth’s immortal champion seek out justice – or give into his own savage nature? And what terror wrought in the modern day has led to this terrible turning point?

“A great jumping-on point… You’ll dig Eternal Warrior.” – Ain’t It Cool News
“✮✮✮✮✮… Do yourself a favor and buy this.” – Comic Vine
“9.0 – A book that is at the top of its game right now.” – Multiversity Comics
“A-… An excellent jumping-on point indeed.” – Weekly Comic Book Review
“Eternal Warrior is freaking amazing. That’s all you need to know.” – IGN
“Pak, Bernard, Major, and Sharpe…are blowing it up real good, my friends. Real good.” – Comics Bulletin