PRELUDE TO ARMOR HUNTERS Sells Out, Returns with Second Printings in April and May! 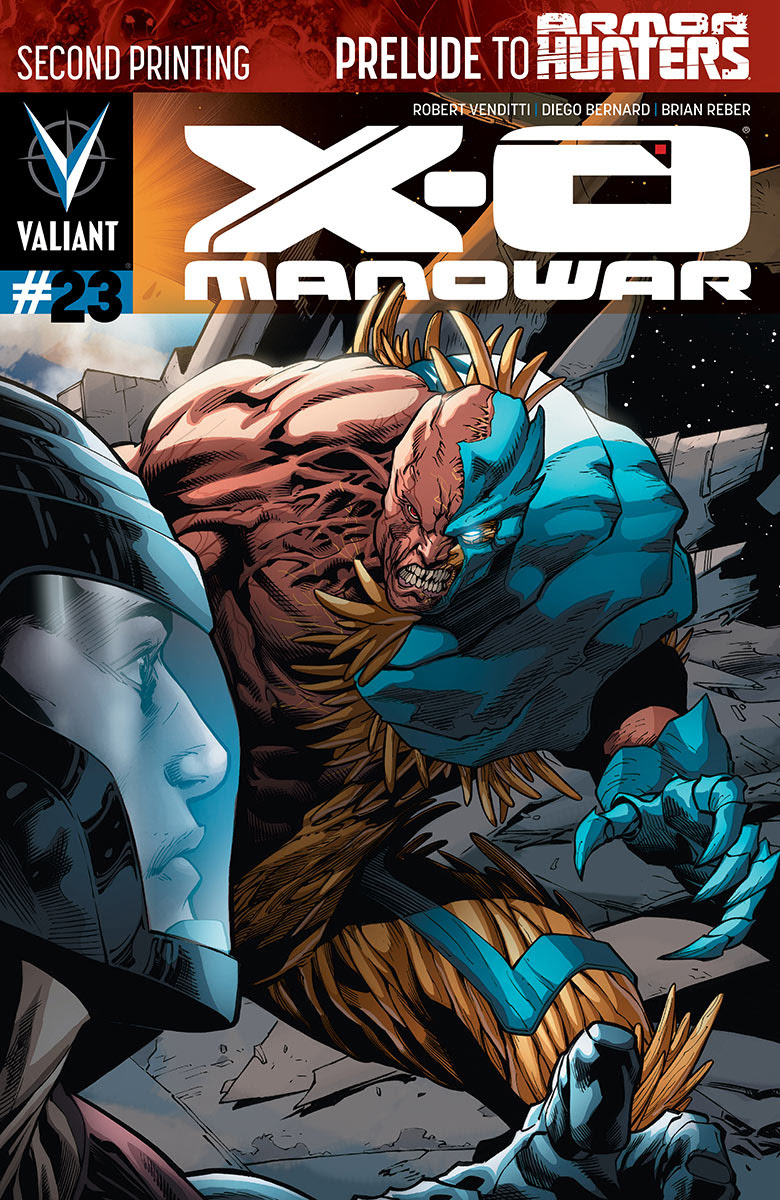 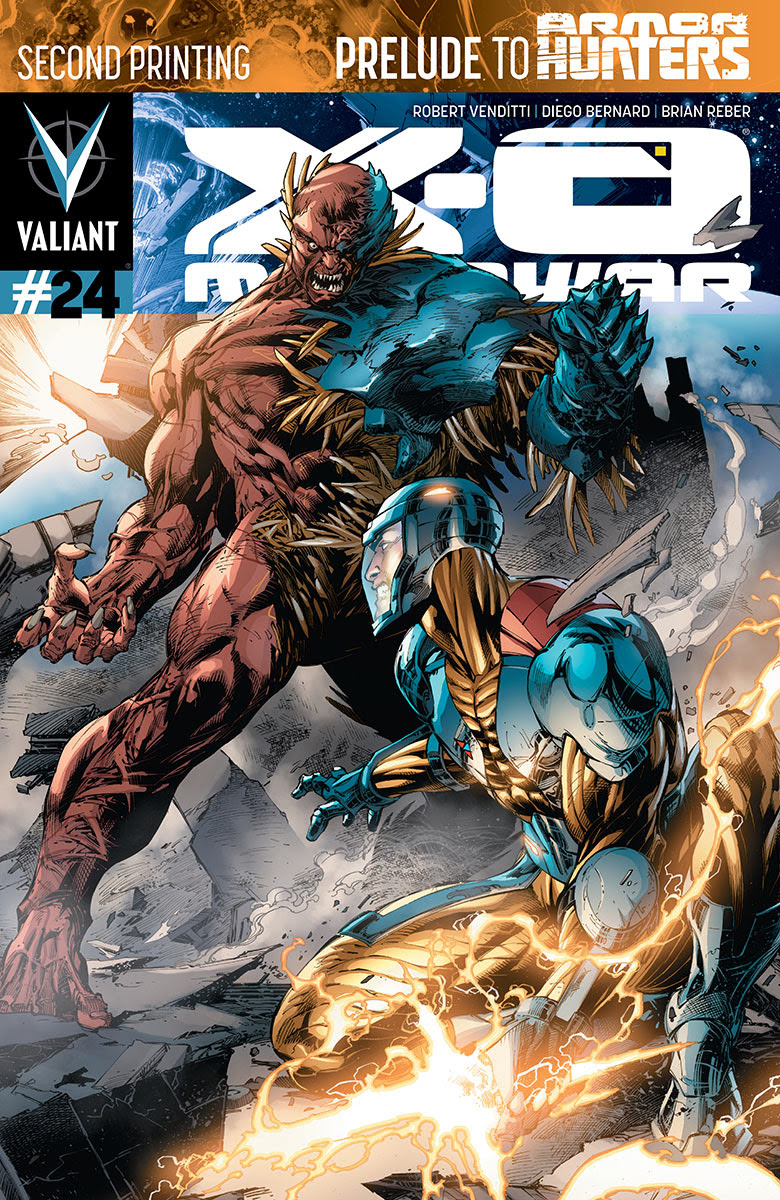 Valiant is proud to announce that both X-O MANOWAR #23 and X-O MANOWAR #24 – featuring the landmark PRELUDE TO ARMOR HUNTERS, Valiant’s summer 2014 crossover event – have both completely sold out at the distributor level and will soon return to store shelves with new covers featuring the stunning interior art of red-hot rising star Diego Bernard (Red Lanterns, Eternal Warrior)!

“Diego Bernard is a phenomenal new talent, and he’s delivering some truly mind-blowing work onPRELUDE TO ARMOR HUNTERS. He’s dedicated to X-O Manowar for the long haul and, with his first issues rocketing into a lightning-fast sell-out, this is a perfect opportunity to showcase his jaw-dropping interiors with new covers for X-O MANOWAR #23 and X-O MANOWAR #24,” said Valiant Executive Editor Warren Simons.

Written by New York Times best-selling writer Robert Venditti (Green Lantern, The Flash) with art by Bernard, the road to the Valiant event of 2014 begins right here in PRELUDE TO ARMOR HUNTERS as X-O Manowar hurtles toward his first epic confrontation with the galaxy’s most feared team of hunter-killers.  For eons, one threat above all others has brought pain and strife down upon civilizations across the universe – the X-O Manowar armor. And now X-O Manowar has come to Earth. What will follow in its wake? Only the creature called Malgam knows the truth…and, before the ARMOR HUNTERS strike this June, Aric of Dacia is about to be forced into a brutal confrontation with the deadly legacy behind the universe’s most powerful weapon.

“The fact that we’re seeing such high demand for ARMOR HUNTERS-related titles months before the event launches in full this June – and even before X-O MANOWAR #24 has arrived in stores – is an excellent indication that Valiant’s upcoming crossover will be the event to watch this summer. These two prelude issues are an indispensable introduction to the action-packed blockbuster of a story thatRobert Venditti and Doug Braithwaite have in store,” said Hunter Gorinson, Valiant’s Director of Marketing, Communications, and Digital Media. “Combine those facts with Diego Bernard’s incredible artwork, and you can see why PRELUDE TO ARMOR HUNTERS is a pivotal turning point for one of Valiant’s flagship series.”

Don’t miss the opening salvo of the cataclysm that is to come right here with the X-O MANOWAR #23 SECOND PRINTING and X-O MANOWAR #24 SECOND PRINTING – featuring new covers from Valiant’s next heat-seeking superstar Diego Bernard! Start reading here to find out why PRELUDE TO ARMOR HUNTERS is a comic book milestone in the making:

“The fact that this is only the prelude to the Armor Hunters storyline is very good news. If things start off this awesome, they can only get better.” – IGN

“✮✮✮✮✮… X-O Manowar always pushes forward towards something greater and that’s what makes this just not a top book at Valiant, but also a top book in comics in general. This next arc kicks off with a bang…” – Comic Vine

“Armor Hunters is the next big thing at Valiant… I can dig that for sure.” – Multiversity Comics

*RETAILERS BE ADVISED: Due to the lead time needed to produce chromium, Armor Hunters Chromium Editions will be available in robust but limited quantities set prior to solicitation, and orders may be allocated. 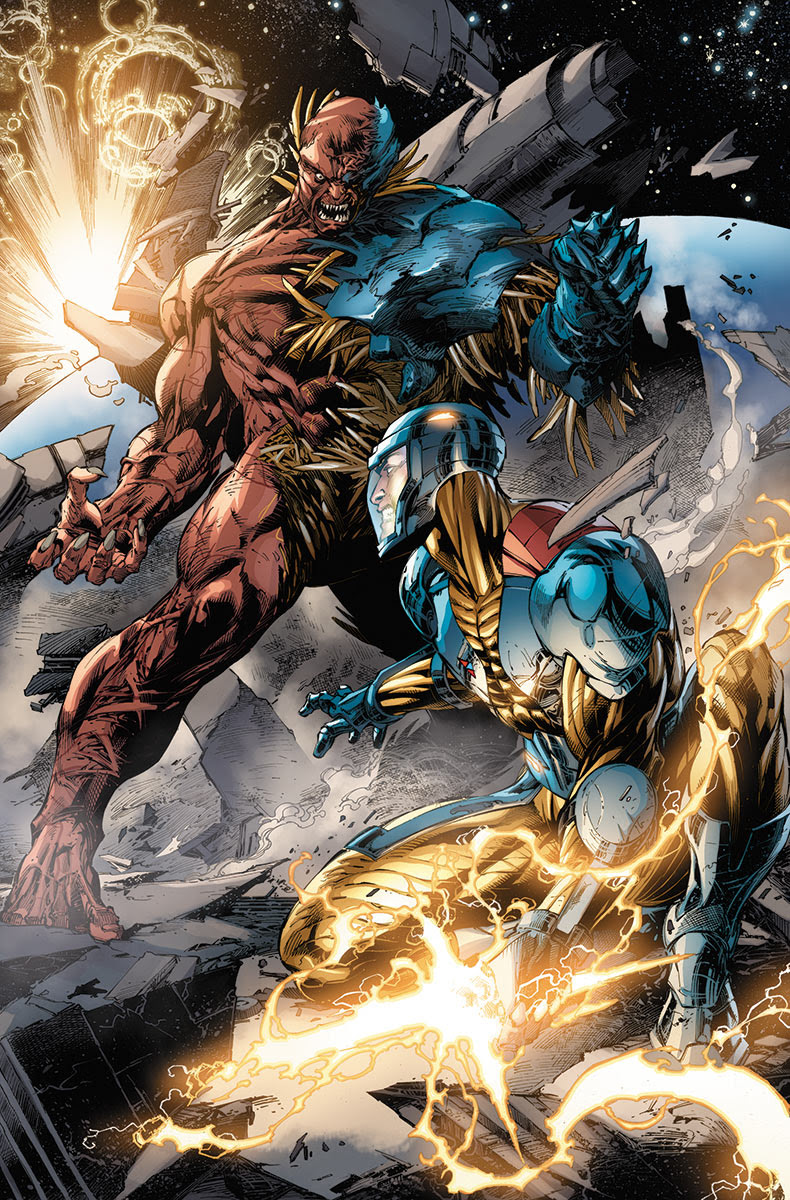 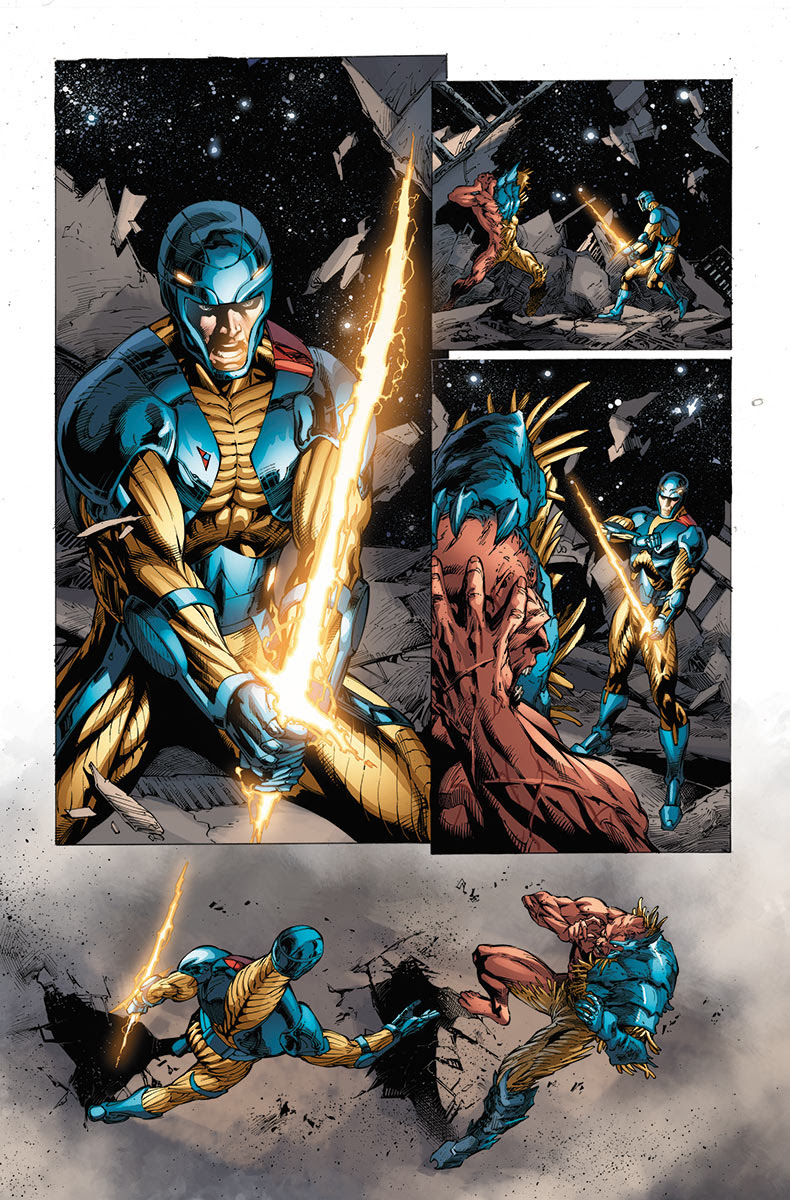 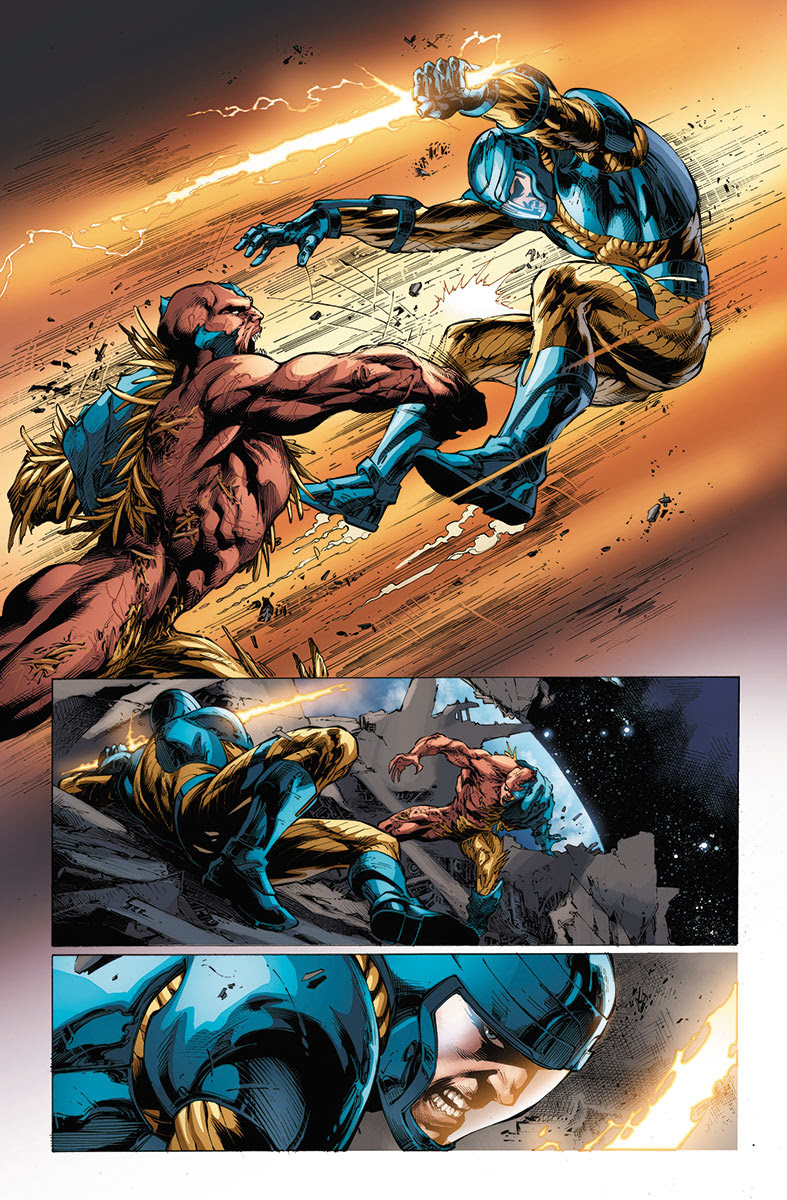 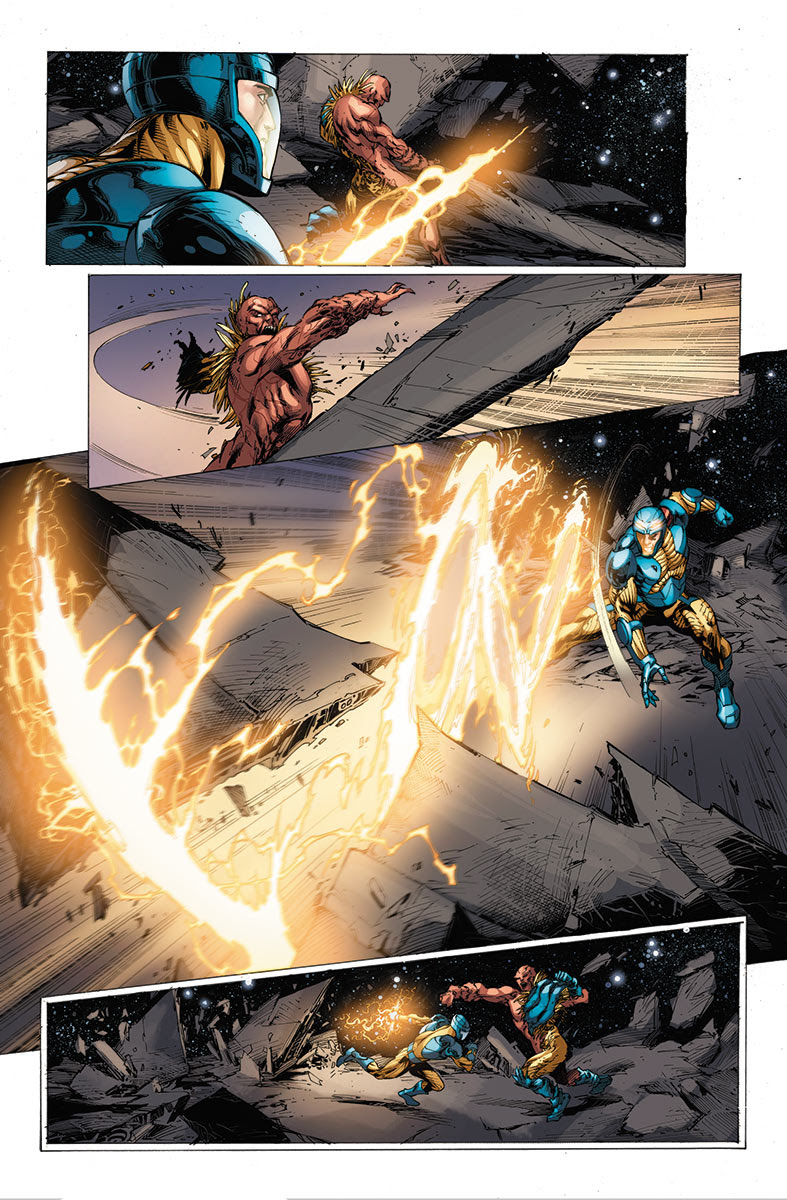 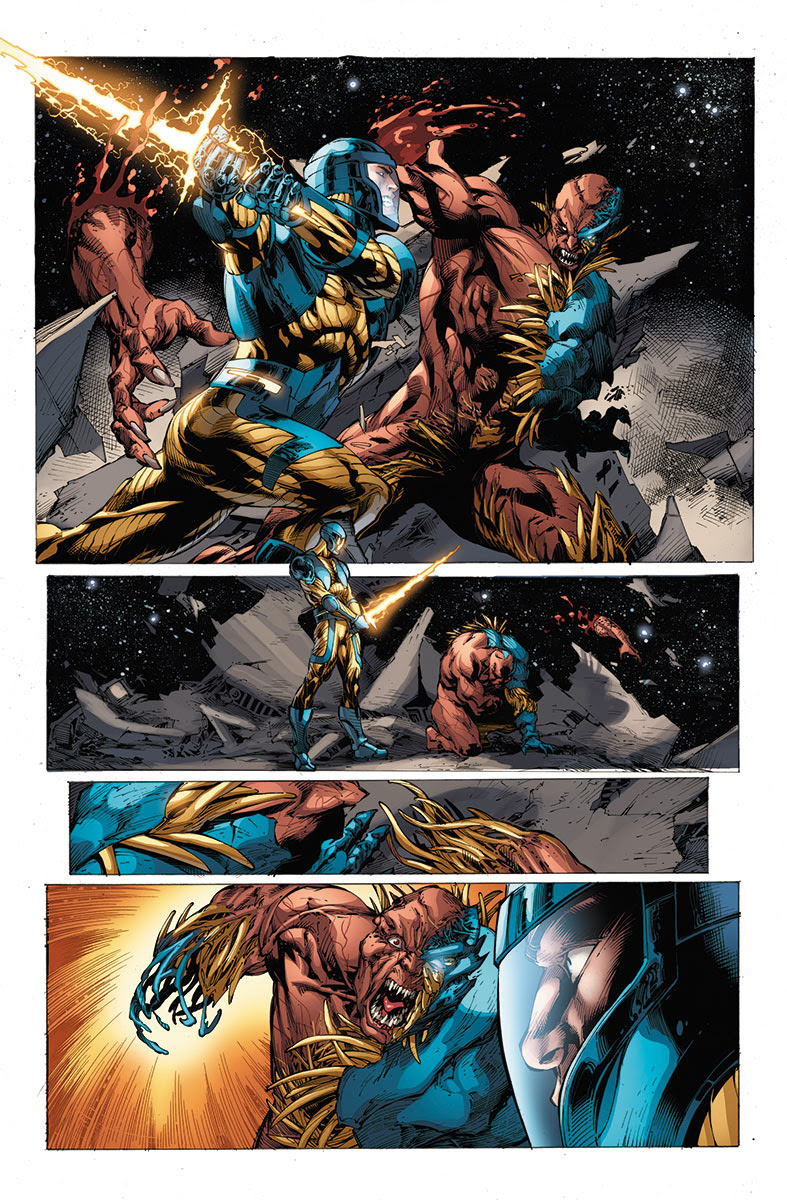 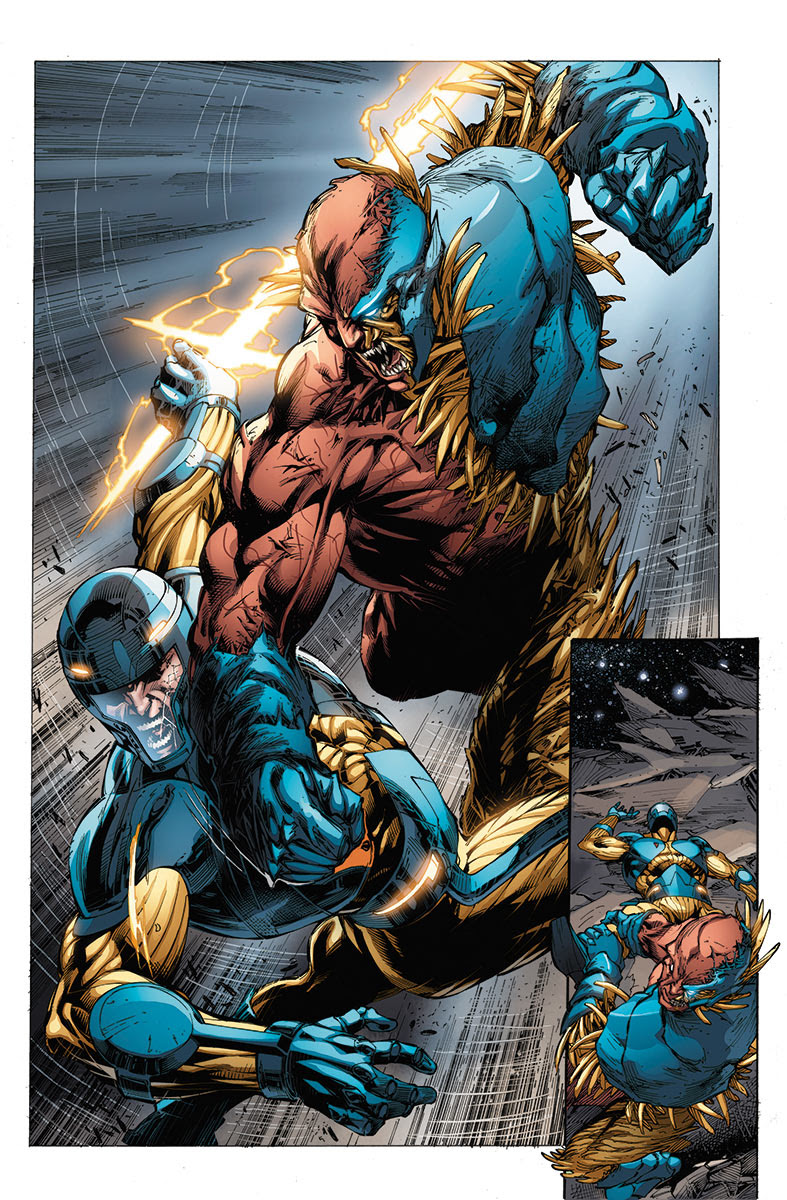