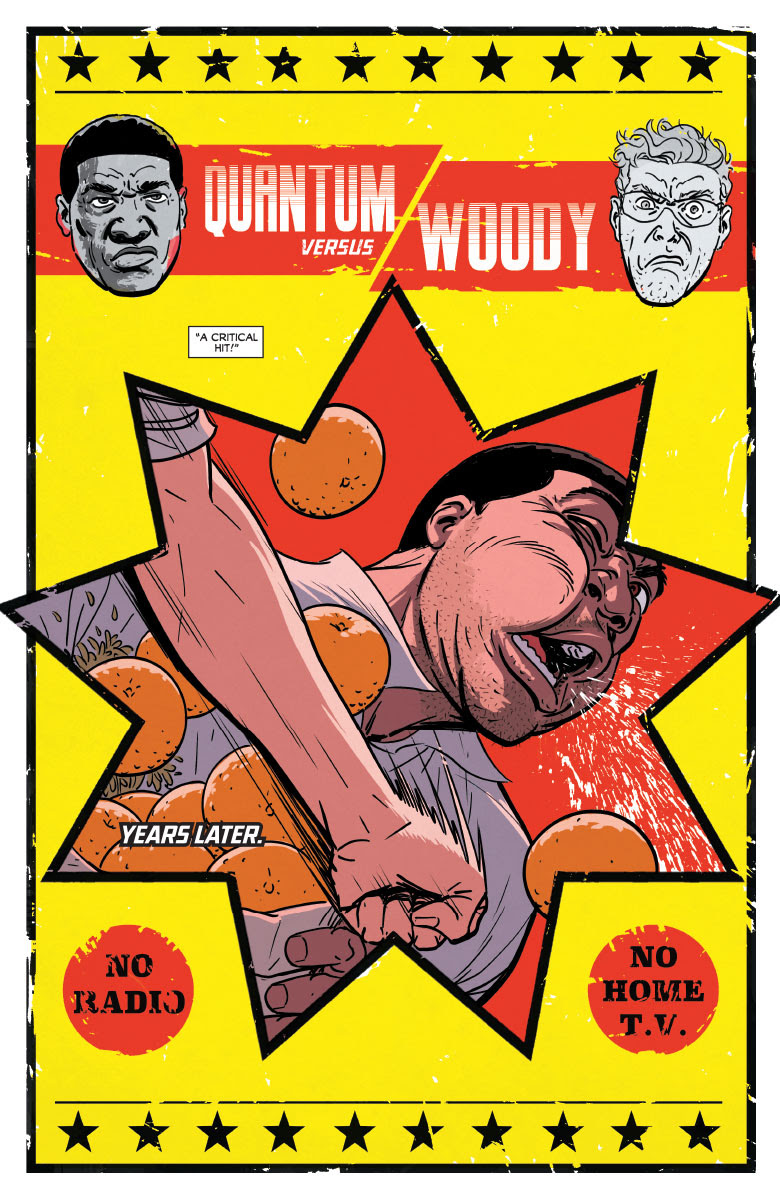 The must-read superhero-action-family-drama-buddy-comedy throwdown of 2018!

It’s the ones you love that hurt you the most…and, in the case of super-powered adoptive brothers Eric and Woody Henderson – aka Quantum and Woody – this is definitely going to leave a mark! Quantum has kept the truth about Woody’s biological father a secret, and now that Woody has found out about his brother’s betrayal, their once-promising superhero career has ground to a standstill. So now it’s time for one last shot at teaming up as our heroes head “down under” – ahem, to Australia – in search of Woody’s one true DNA match. Like father, like son? Let’s hope not.

A cosmos in chaos!

At the farthest edge of human understanding, Abram Adams – the lost cosmonaut called Divinity – and his comrade, Myshka, have discovered the purpose of their existence in this universe… and in the next one beyond our own. Now, as a seemingly infinite pantheon of mythic gods and cosmic beings rises to meet them head-on, they’ll be forced to ignite a maelstrom of untold proportions to save their child from a fate worse than annihilation…

The age of Eternity is nigh! New York Times best-selling author Matt Kindt (X-O MANOWAR) and spectacular artist Trevor Hairsine (DIVINITY) lead the thrilling finale to the ambitious feat of visionary science fiction storytelling that will forever expand the boundaries of the Valiant Universe!