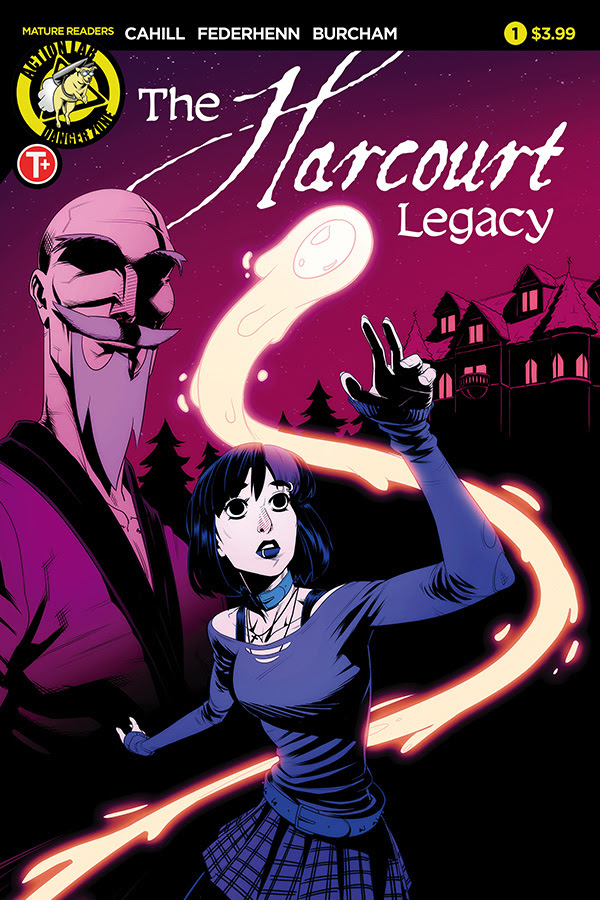 Occultist Edward Harcourt is dying, and he wants to pass along his secrets. His intended heir is his grandniece Violet, but that’s a problem for his sister Edwina, who wants to keep his legacy for herself. As for Violet, all she wants is some harmony in her troubled family life. But when presented with the idea of a magical solution to all her problems, can Violet focus on what’s real, or will she allow herself to get lost in what might be nothing more than a flight of fancy?

THE HARCOURT LEGACY is an occult-tinged family drama for fans of The Wicked and the Divine, The Magicians, Morning Glories, or Dead Like Me. It’s a three-issue story with a beginning middle, and end, that provides a self-contained experience. And it has a real emotional core and emphasizes character over spectacle.

It’s also the only book on the shelf in November illustrated by Jason Federhenn (Pecking Order, Dead Guys) and Josh Burcham (Samurai Jack, Transformers), and it’s worth it just for the beauty, care, and rock-solid storytelling the art team brings to it. 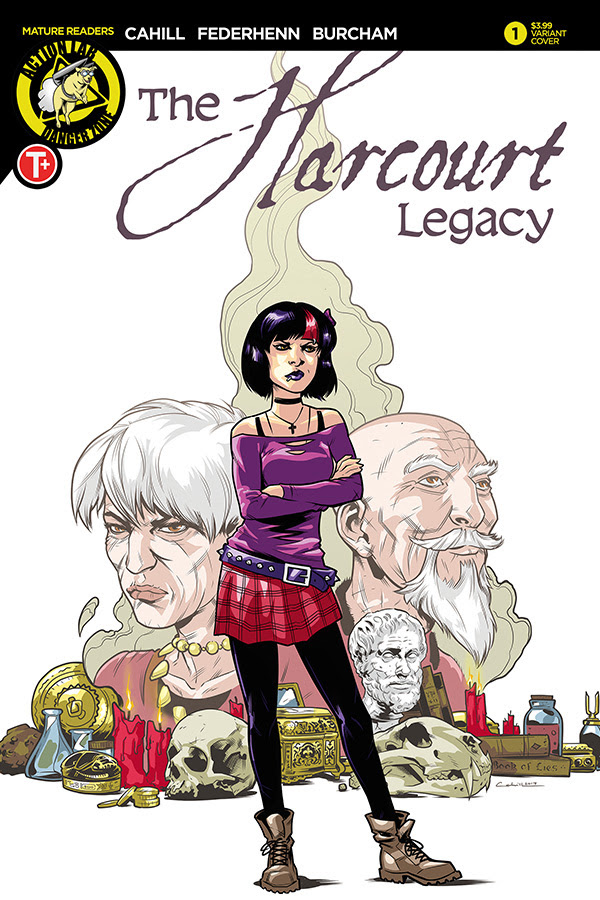 Writer Brendan Cahill (Sable & Fortune, Morbius) shares his thoughts on what he wants readers to get out of his book: “I want the reader to see something of their own life and experiences in the book. On the face of it, THE HARCOURT LEGACY is about the occult, but ultimately it’s about family, selfishness, maturity, and where you find magic in the world. The occult part just makes it a bit more fun.”

Enjoy a special sneak peek of the first six pages of THE HARCOURT LEGACY #1: 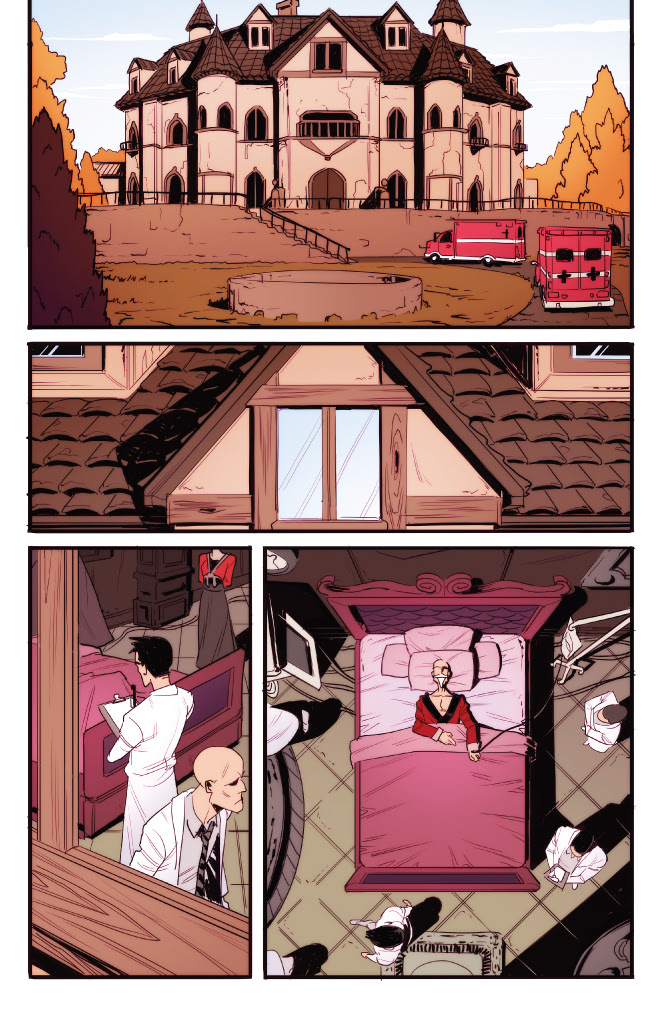 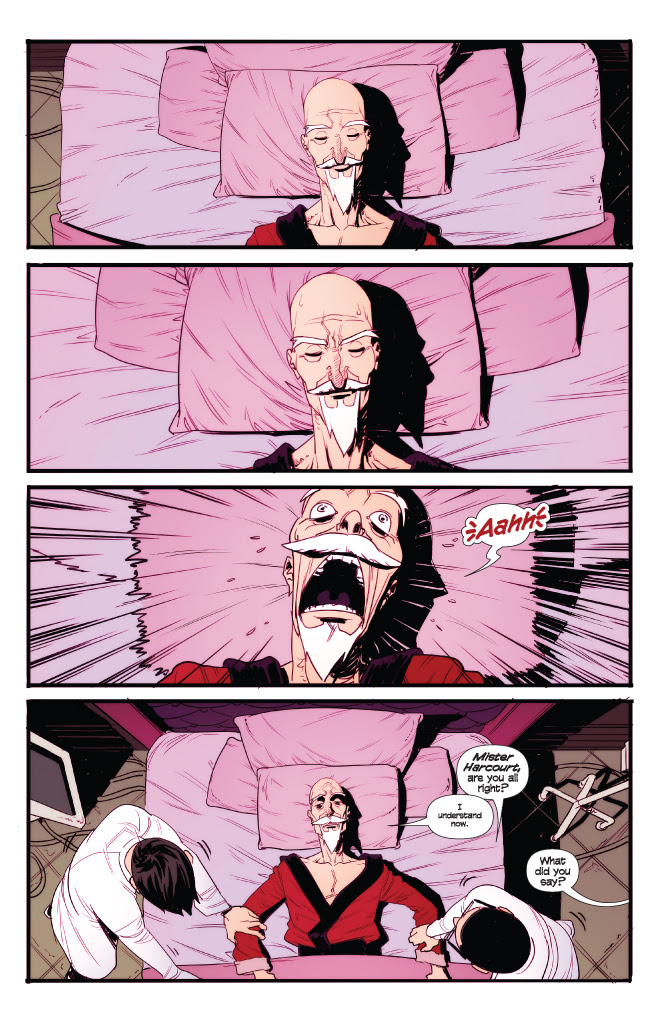 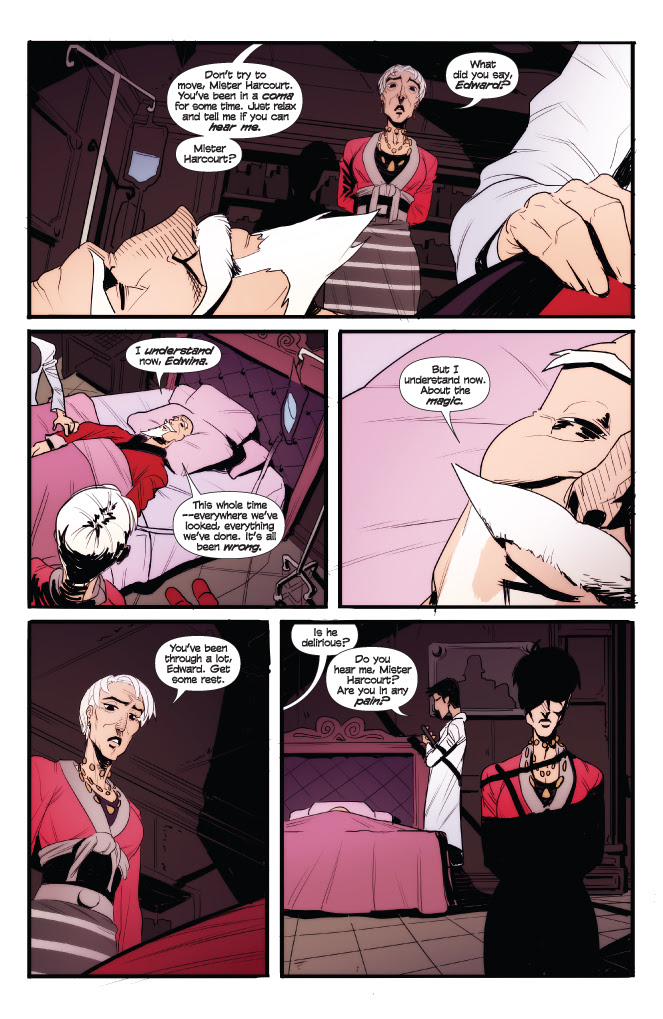 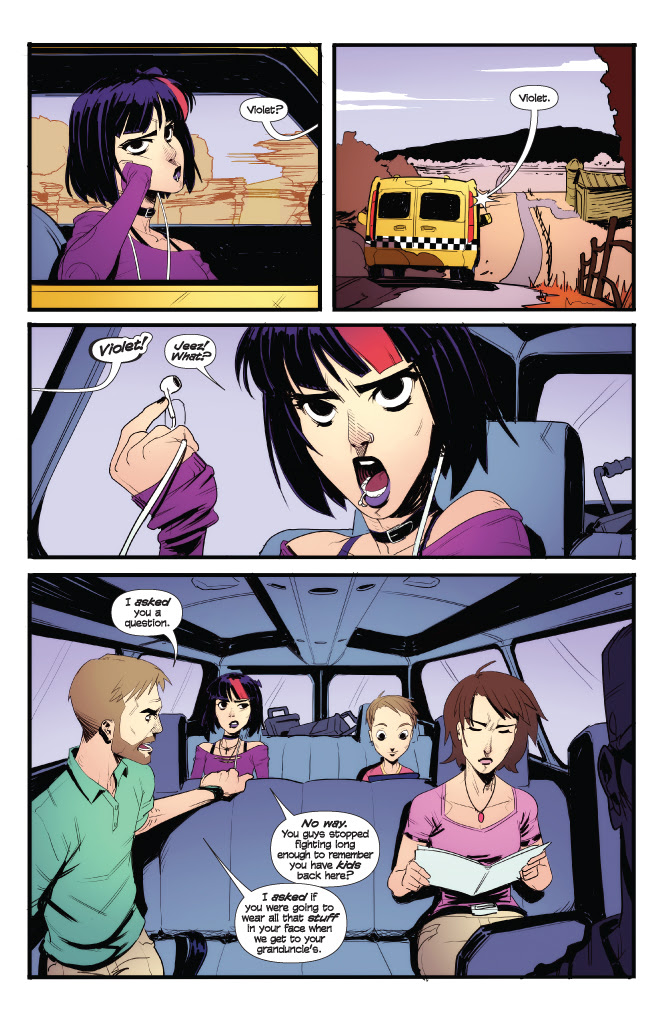 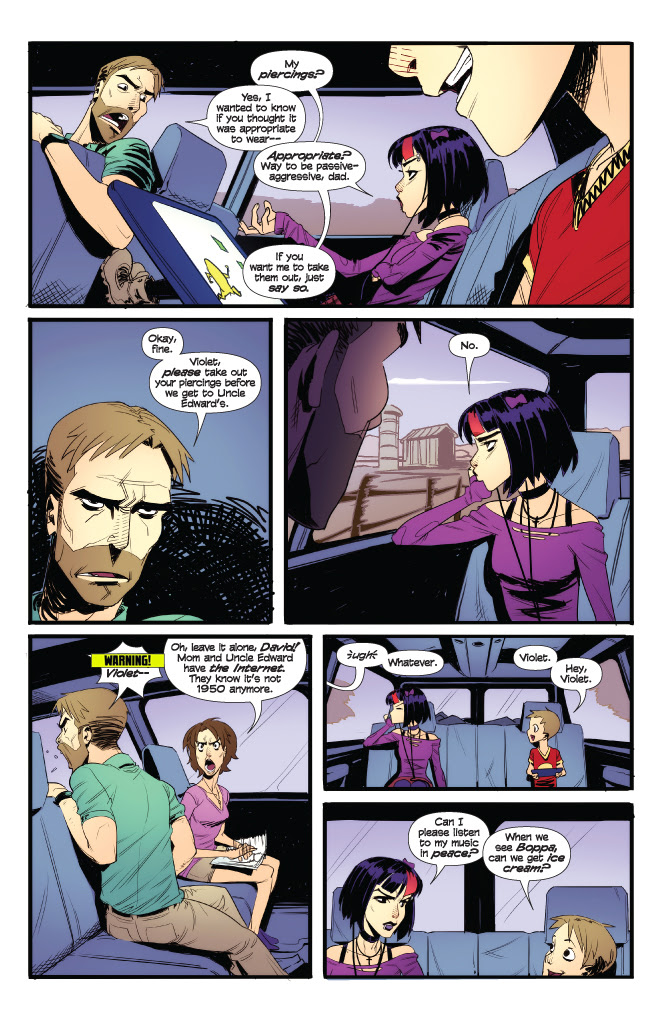 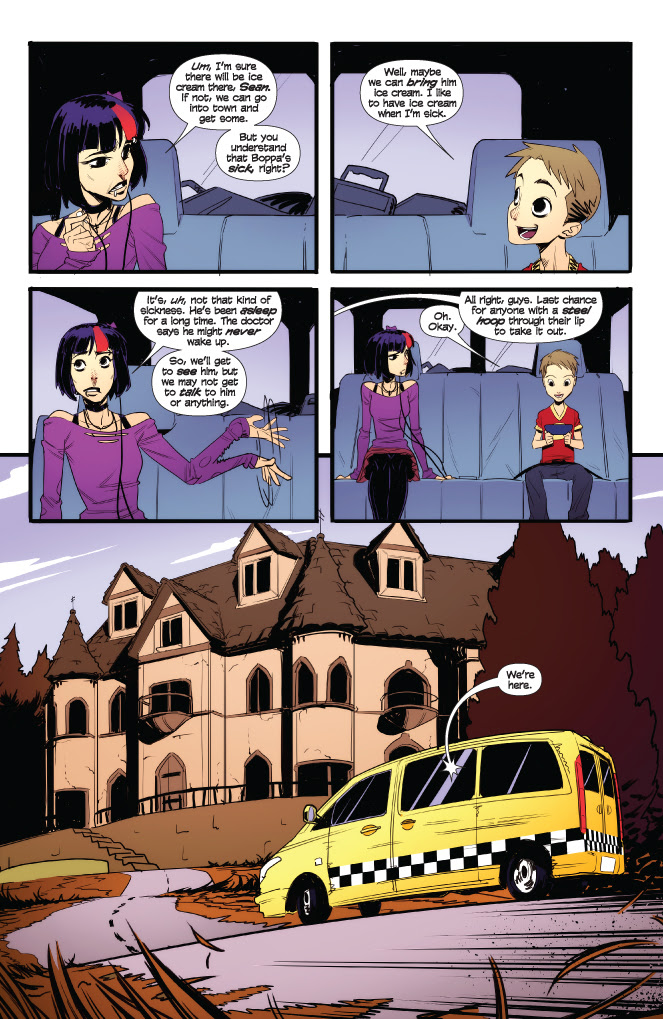