What people are saying about DollFace:

“If you want action, playfulness, sexiness and something dangerous on top of that, you can’t do worse than Dollface. Even when things seem at their most calm, this series can still shock you and ramp up the stakes.” (The Broken Infinite)

“DollFace #6 is an issue that screams fun but finds a way to bring about a serious cliffhanger. If you’ve never read this title before now, here’s a good opportunity to catch up with this ball-jointed witch hunter.” (SnapPow.com)

“There’s no shame in being overly anxious to get your hands on more Dollface, take that however you want.” (Geek-O-Rama) 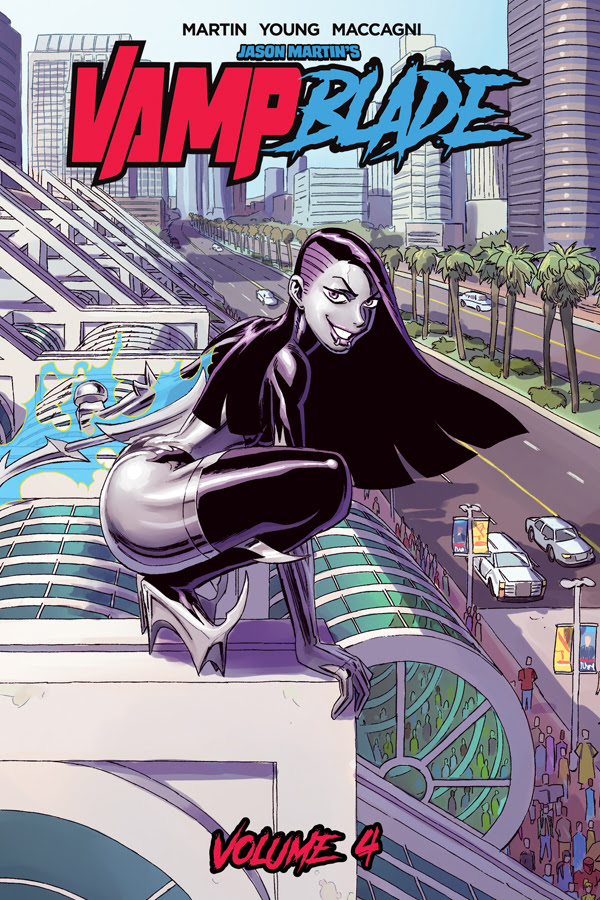 Comic fan, cosplayer, and shop manager Katie Carva continues her quest as Vampblade. Fighting invisible other-dimensional vampires straight from the 90s comics of her namesake, the blades push her to all new extremes! It’s all new next-level Vampblade adventures, shiny and chrome!

Collects the complete first story arc for the second season of the hit Danger Zone series. 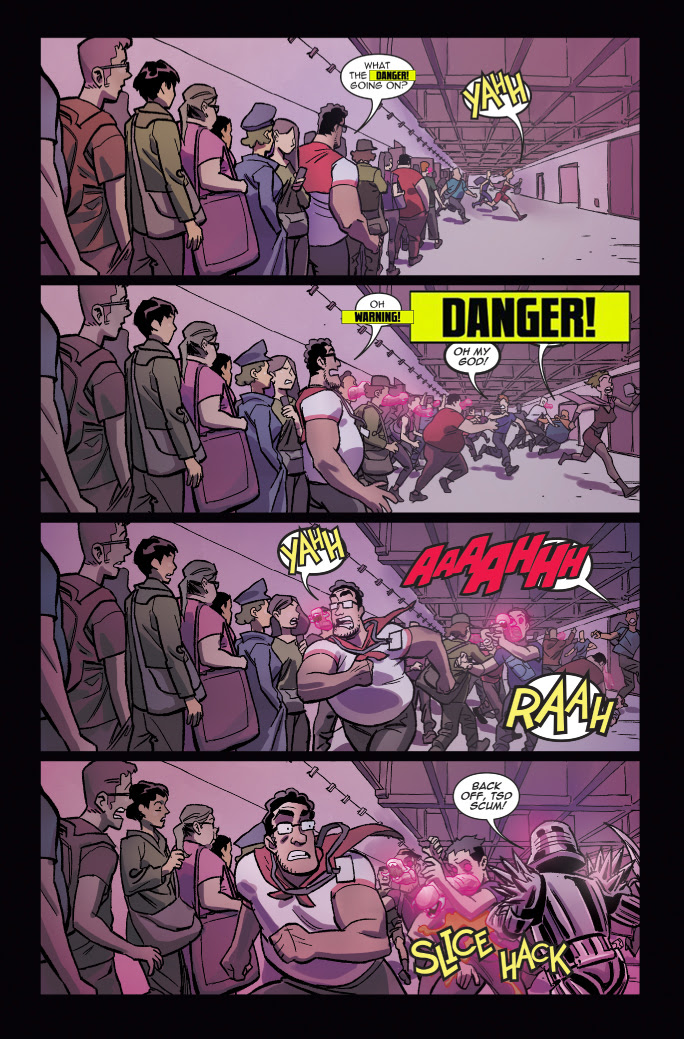 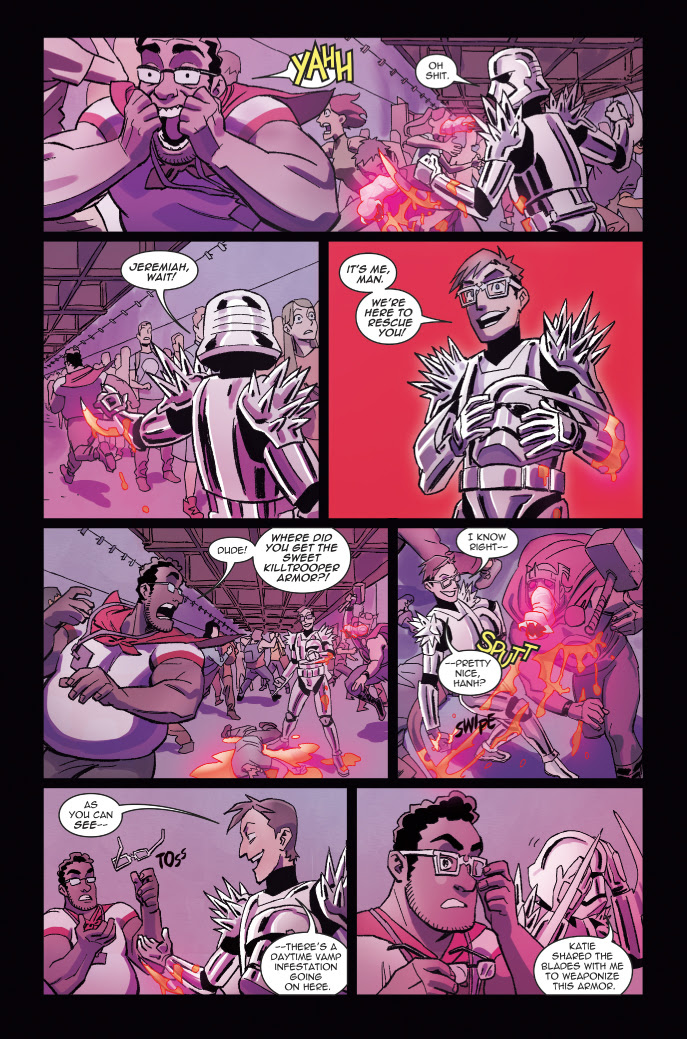 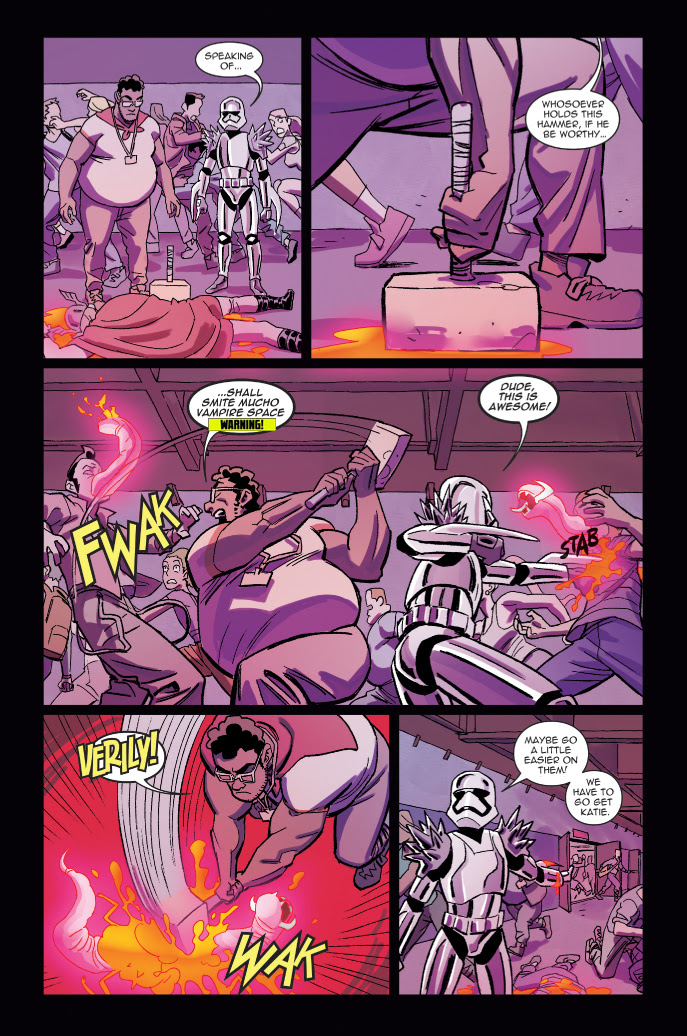 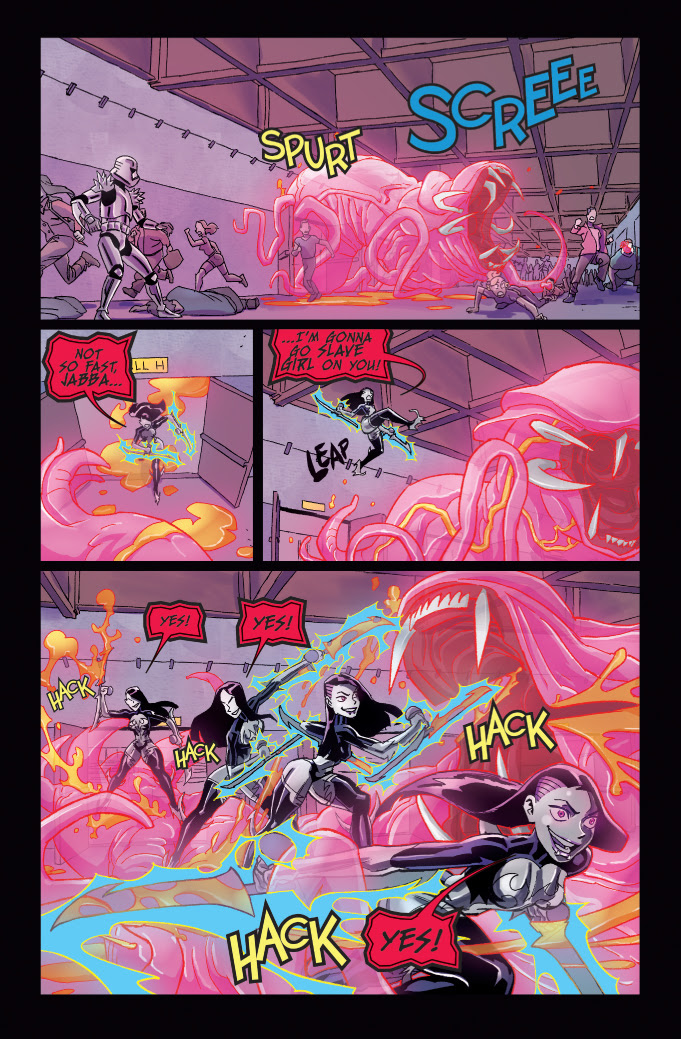 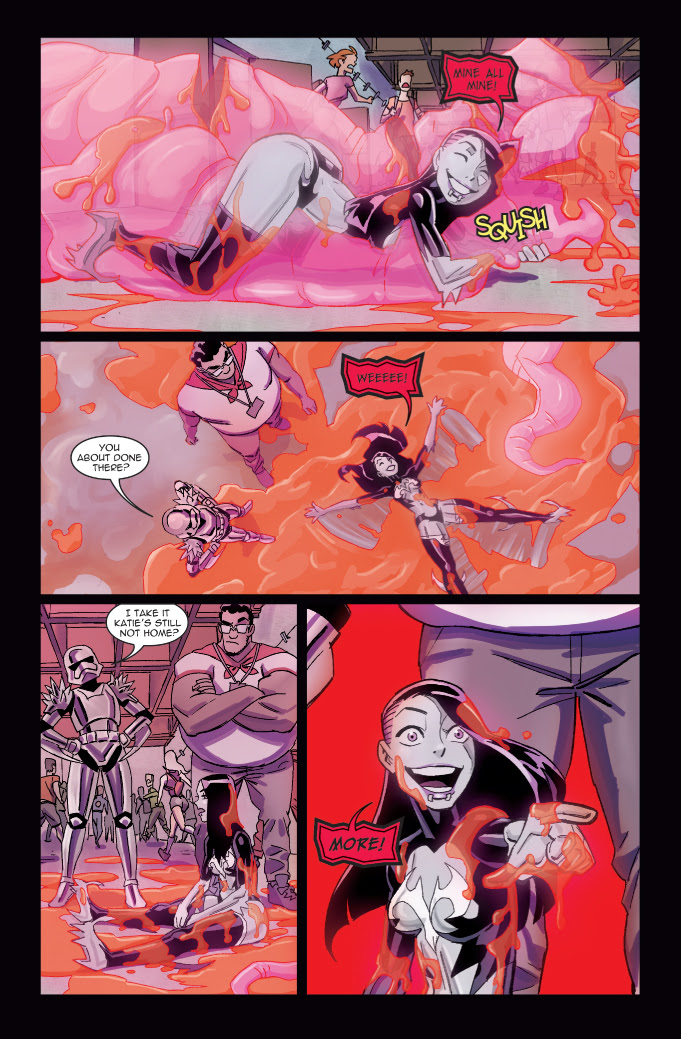 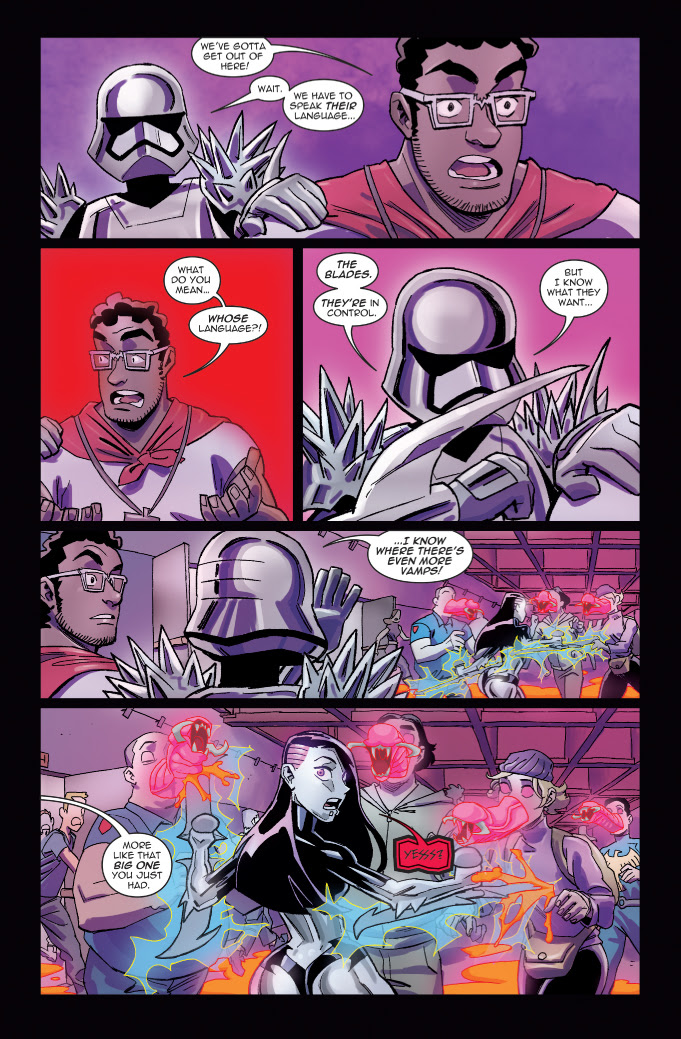 What people are saying about Vampblade:

“If you wanna be like the cool kids, you too should be reading Vampblade.”
(Tech Media Stash)

“As someone not familiar with this title I was pleasantly surprised to find myself enjoying it as much as I did. I can’t wait for the next issue.” (Comics for Sinners)

“If you’ve been enjoying Katie’s adventures so far this will make you want to stick around for more. If this is all new to you but you like action, and darker more adult oriented stories then this would be a good issue to see what you’ve been missing.”
(The Broken Infinite) 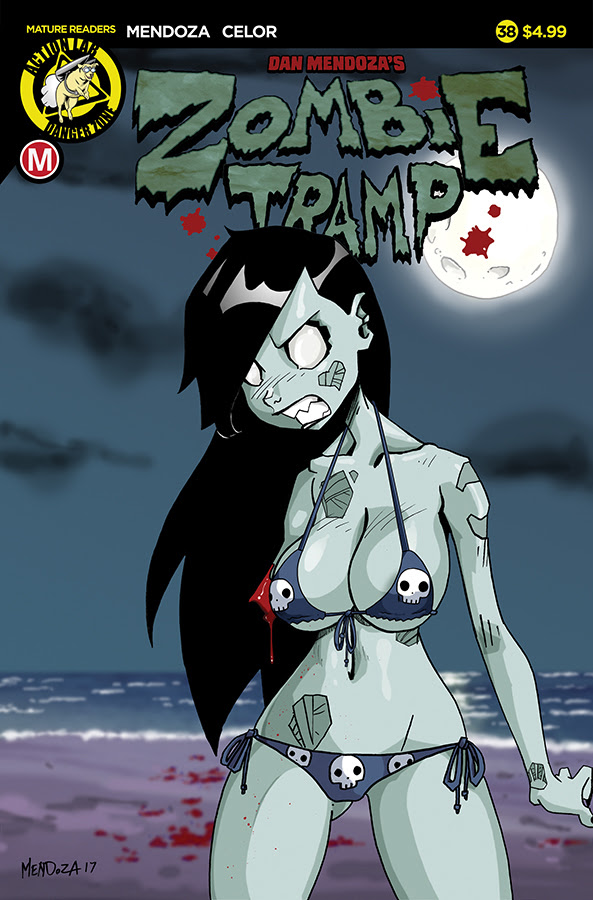 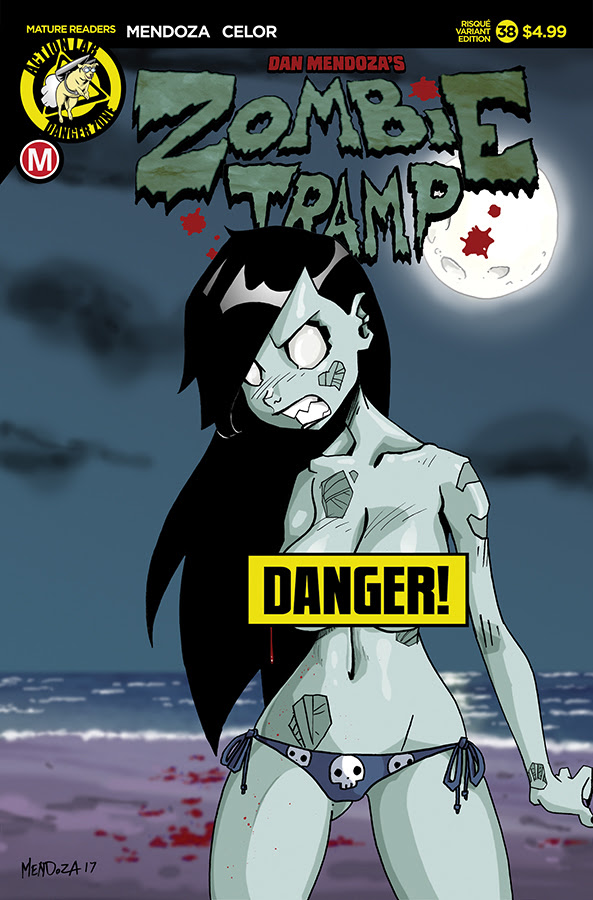 The battle begins as Xula and Janey go head to head in an epic showdown for survival and power. 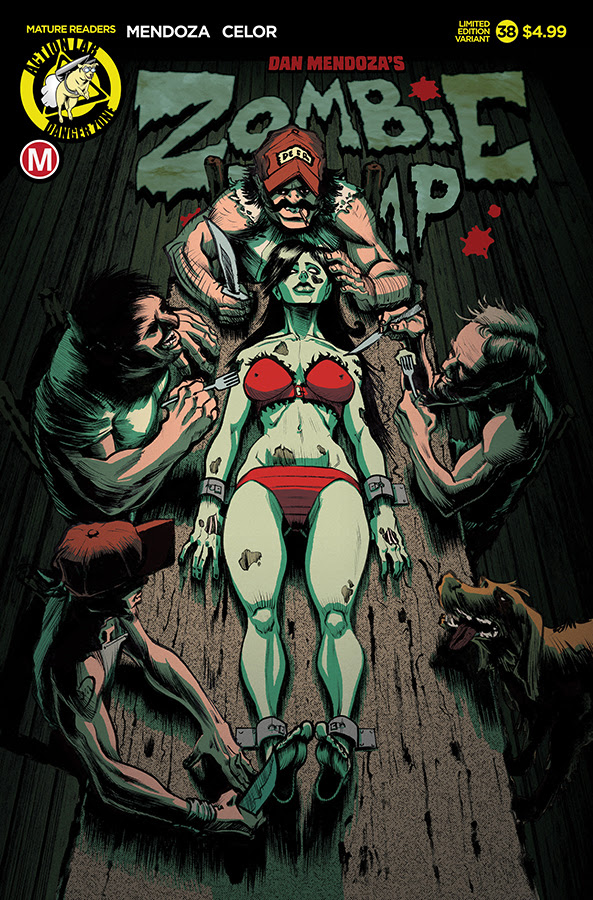 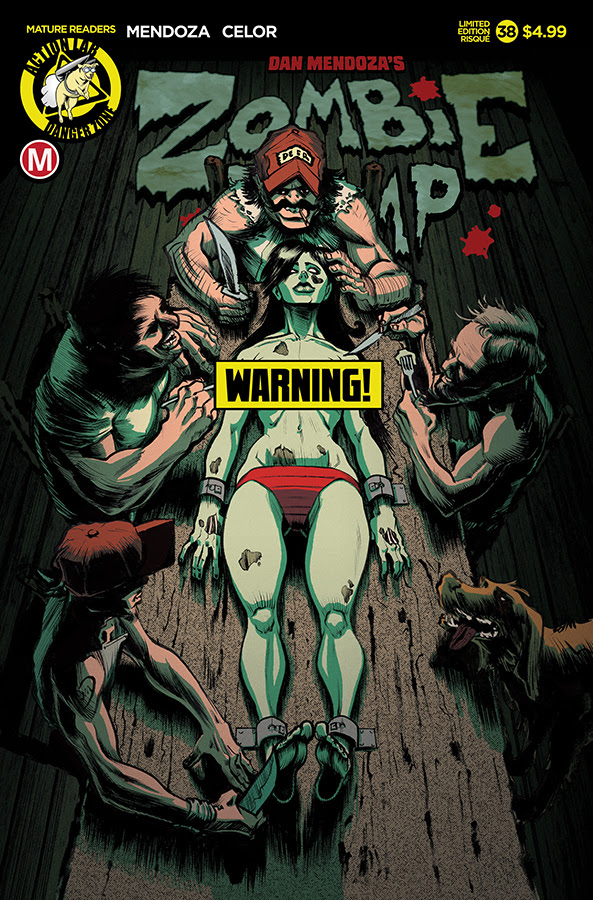 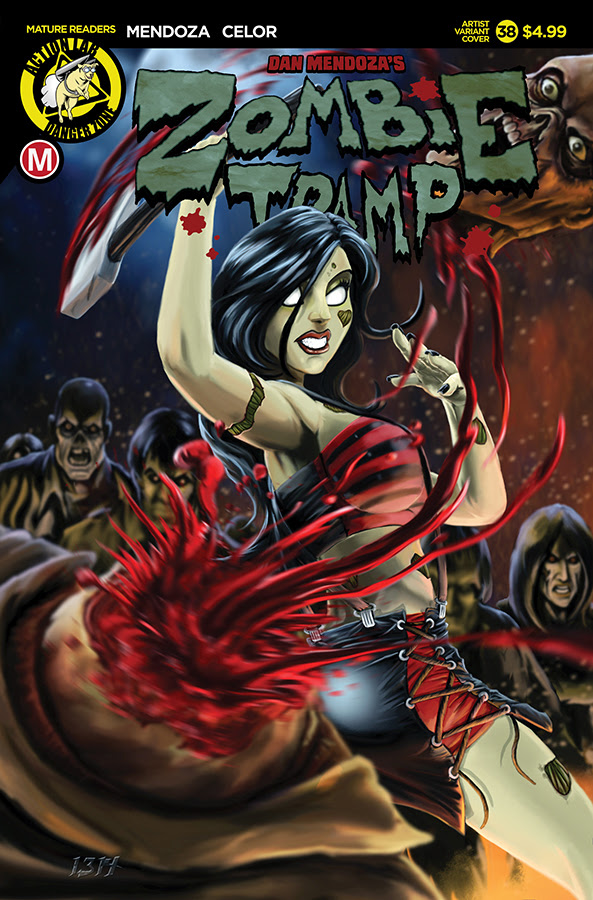 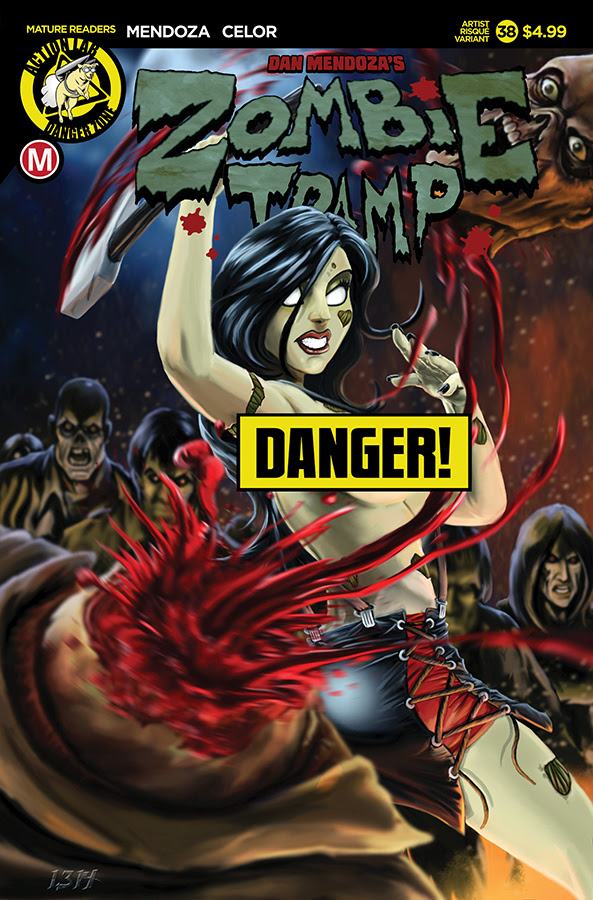 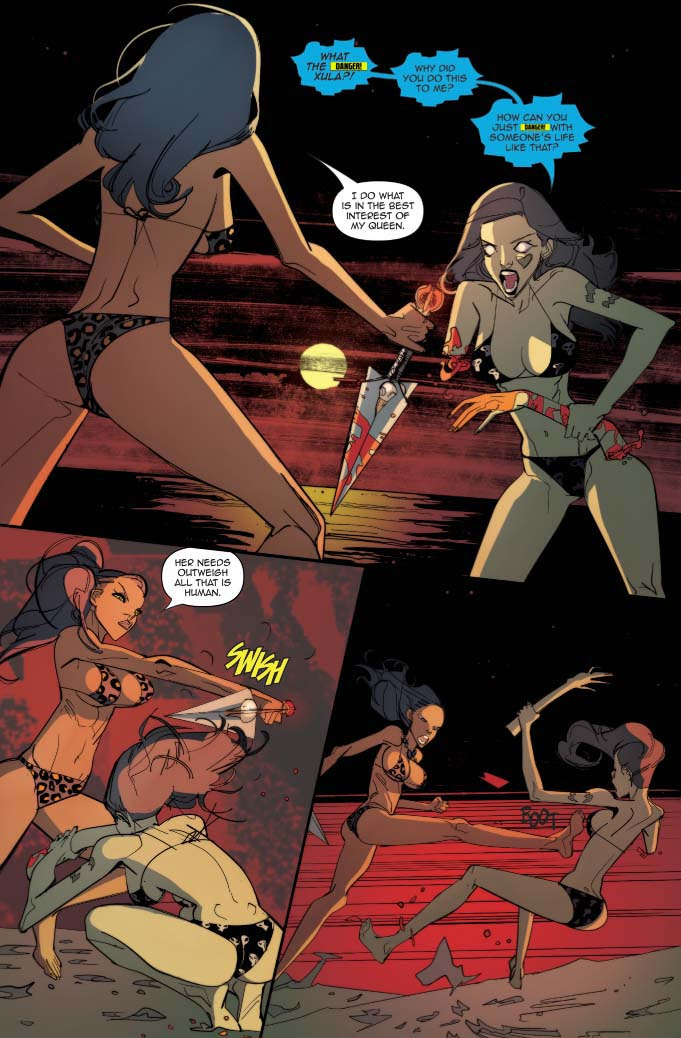 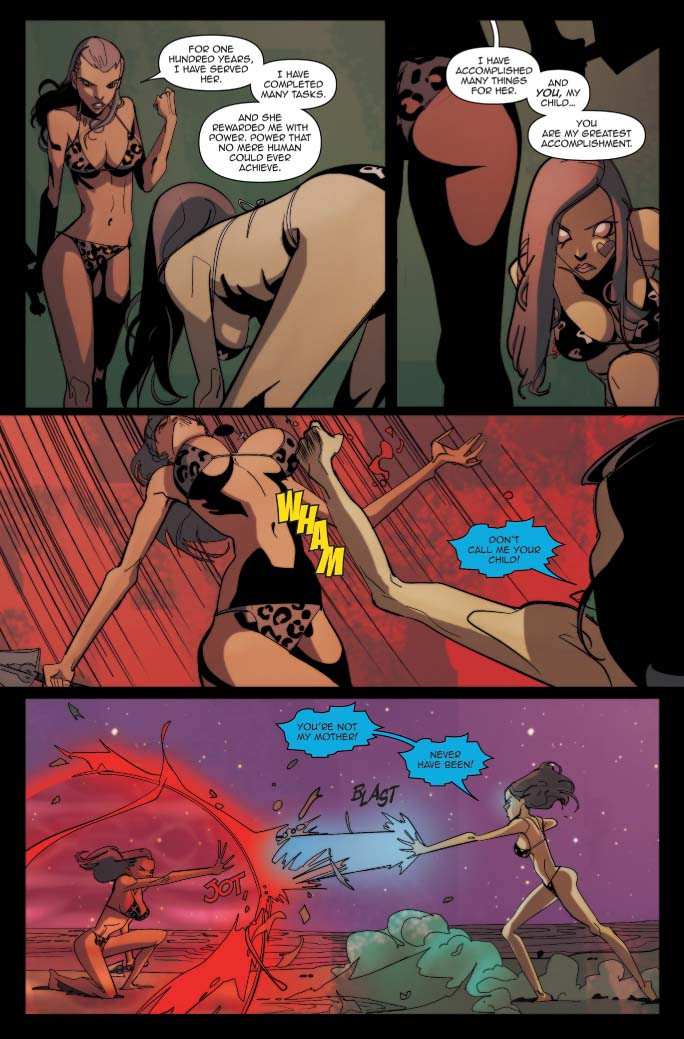 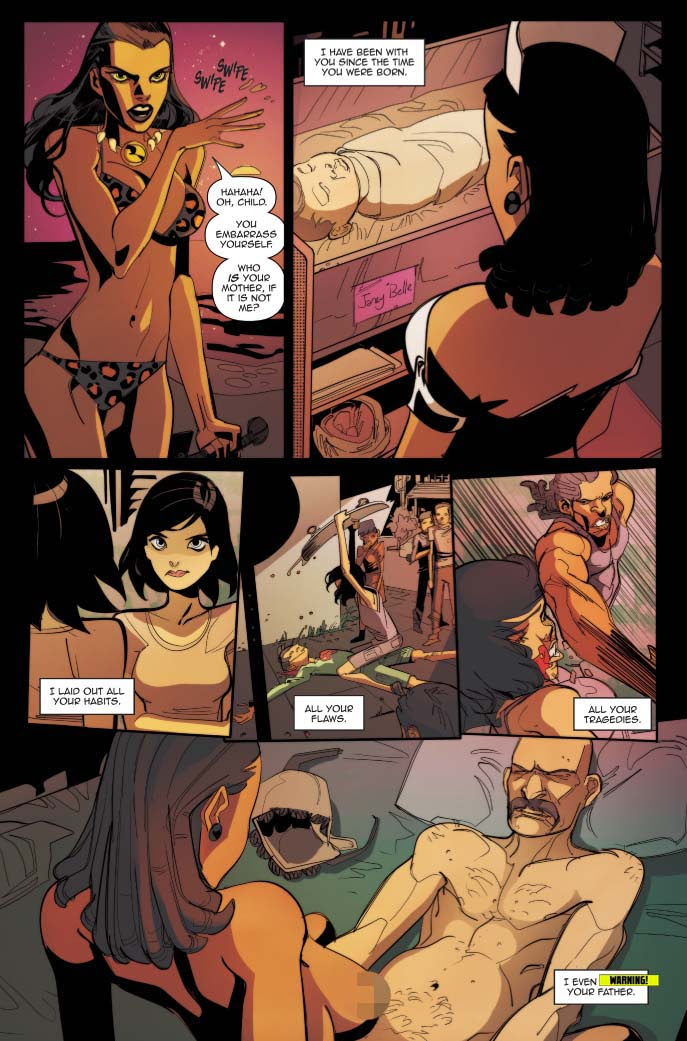 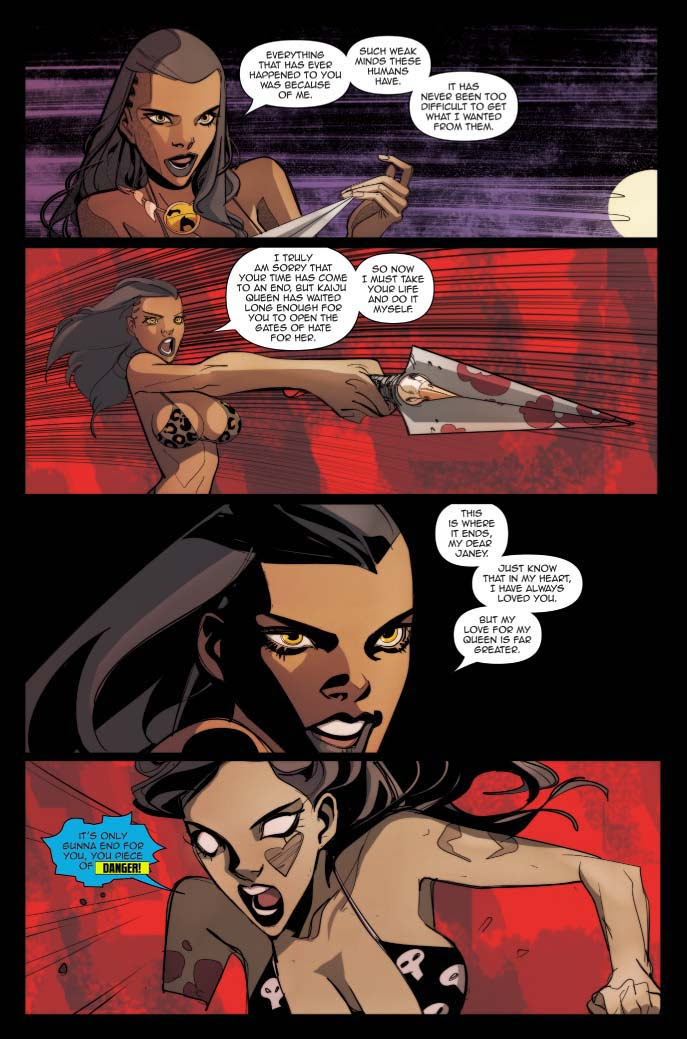 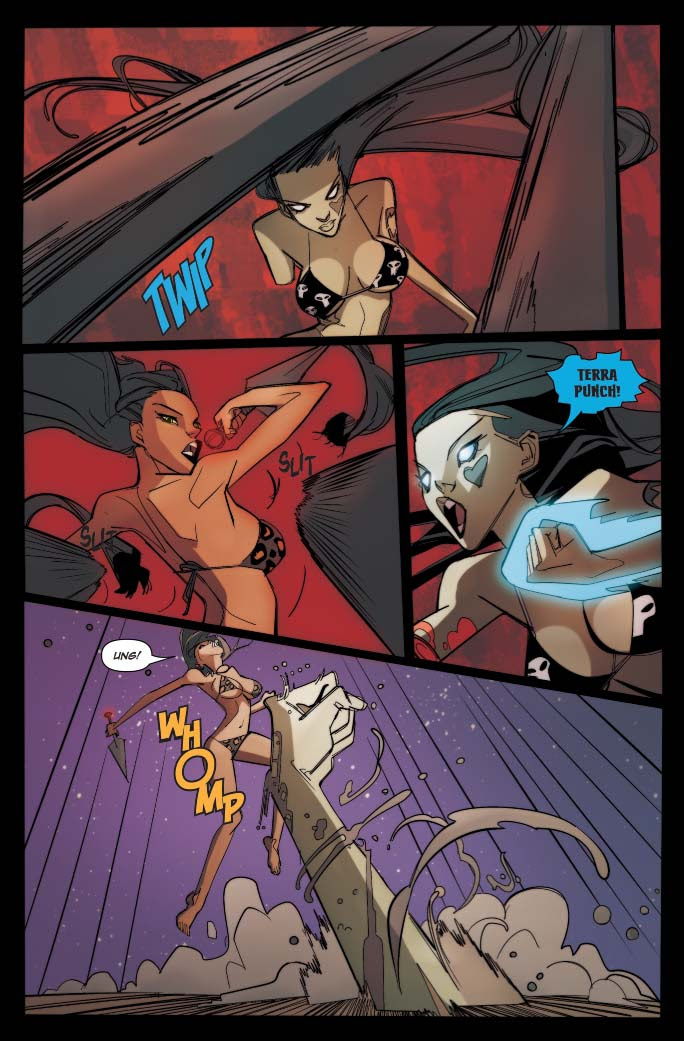 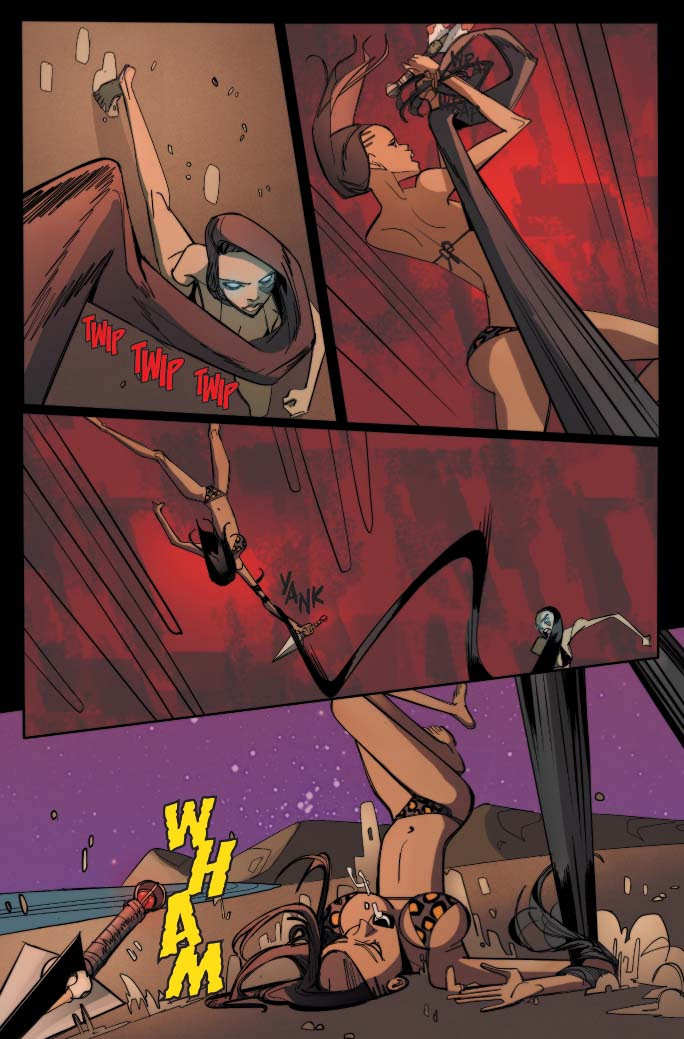 What people are saying about Zombie Tramp:

“…this takes it to another level of awesome. Don’t hesitate to grab this issue and prepare for another killer arc with these two badass women. ” (Geek-O-Rama)

“This series puts a lot of other titles to shame and has only gotten better with more issues.” (Comic Bastards)

“… Zombie Tramp continues to be one of my favorite comics around.”
(Unleash the Fanboy)