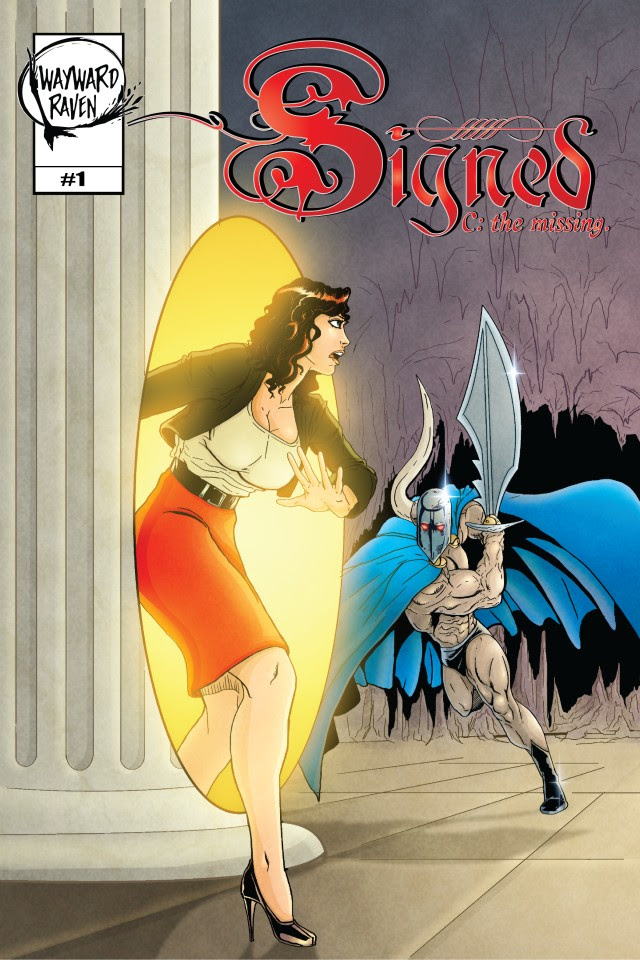 Wayward Raven Media is excited to announce the addition of James B. Emmett to the flock. The talented author/illustrator signed a contract for the development of his comic book series The Committee. The story takes place in a world where the mystical and scientific merge as an ongoing battle to preserve the world unfolds through conflicts with beings of unimaginable power and malice. The clock keeps ticking down, while uniquely gifted members of The Committee race to find truth about the universe and themselves. Big magic equals big fun before a big bang destroys us all.
James Emmett is a sequential artist, illustrator and painter. He lives in the New York Metro area and graduated from Pratt Institute. James does design and illustration for Kess Agency and freelances for Marvel Comics where he was also an Editorial Assistant on books like The Avengers, Captain America, Spiderman, Thor and The X-Men. His artwork has been published by Saint James Comics, Grayhaven Comics, Rebel Sidekick Studios, Atlas Unleashed and Twisted Tree Comics. See here for his full bio.
In addition to signing Mr. Emmett, Wayward Raven Media has been busy preparing for an eventful upcoming schedule. The independent comic book company is launching a Kickstarter campaign on April 9th where contributors can get Signed C: the missing #2 and a variety of other original artwork and merchandise before it is available to the general public. There will be varied pledge packages to fit any budget and exclusive limited time offers.
Signed C: the missing is best described as a mix of Lara Croft meeting the TV show Supernatural. In it, a talent agent, who happens to be a legendary sorceress, travels the known realms seeking a kidnapped client. Information will be available on the website www.WaywardRaven.com and also on Twitter @waywardraven.
Additionally Wayward Raven has expanded its convention schedule this year, kicking things off at the Asbury Park ComiCon April 12-13th (see www.asburyparkcomicon.com for additional details). The company’s complete schedule, including Heroes Con, Boston Comic Con and NYCC can be seen online at their website. All titles will be on hand along with other special merchandise.
Wayward Raven Media is also proud to announce that new issues of Horsemen, The Ascendant, & Signed C: the missing will be released within a few months. Artist Matthew Fletcher teamed up with the publisher to produce a magnificent cover of the upcoming issue of Horsemen #2. Rumors of an upcoming Sci-Fi novel to be published by the company also have been circulating, although they are unconfirmed. All publishing dates will be posted on the company’s website. They can to be contacted through emailinfo@waywardraven.com and on Twitter.
Ars longa, vitae brevis.
Website: http://www.waywardraven.com
Twitter @waywardraven
Facebook: https://www.facebook.com/waywardravenmedia