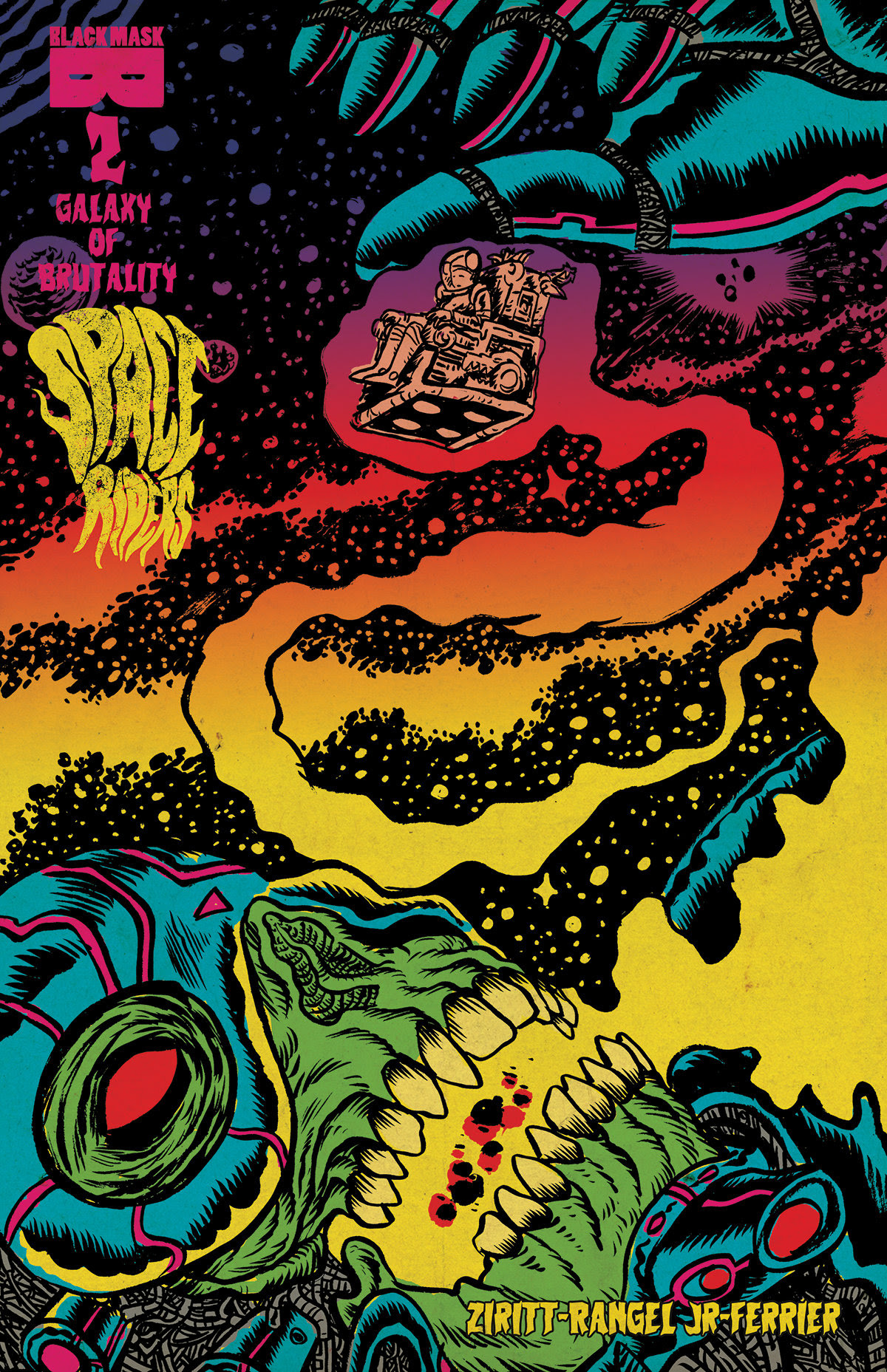 SPACE RIDERS: GALAXY OF BRUTALITY #2
Colonel Conley is training new recruits when he receives a transmission from a long lost friend. The SPACE RIDERS have to get their sh** together and find the source of the signal. It leads them to the OMEGA STRUCTURE, the place where GODS GO TO DIE! Prepare yourselves as best you can for THE LAST TRANSMISSION OF MARGARITA PELIGRO! 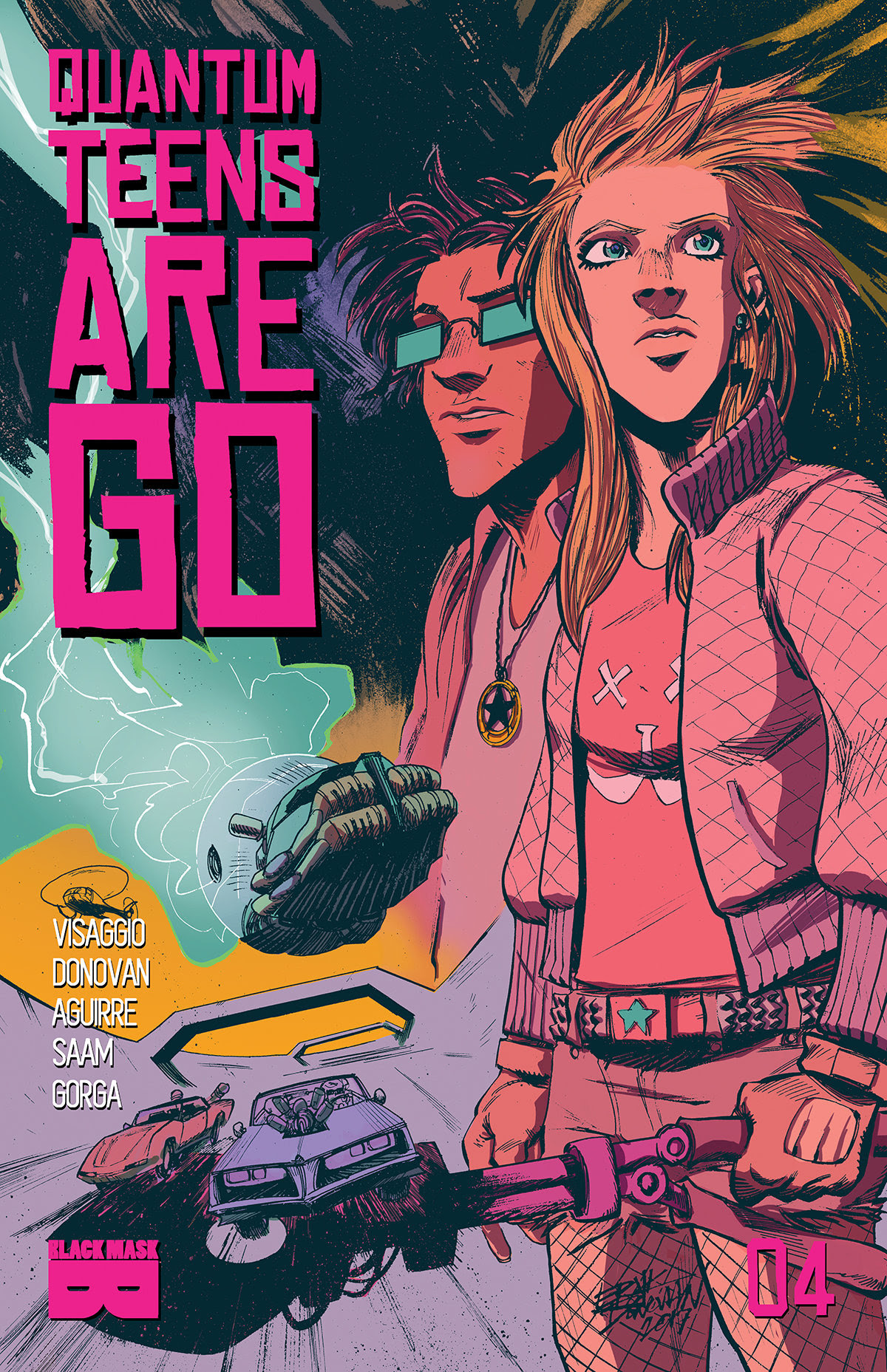 QUANTUM TEENS ARE GO #4
It all comes down to this. Nat, Sumesh, and Wayne break into Zero’s secret lab underneath the Hollywood sign – only to be met with the revelation of explosive secrets that could change everything.  It’s violence, robots, and lasers galore in this thrilling, high-speed conclusion brought to you by Magdalene Visaggio, Eryk Donovan, and Claudia Aguirre! 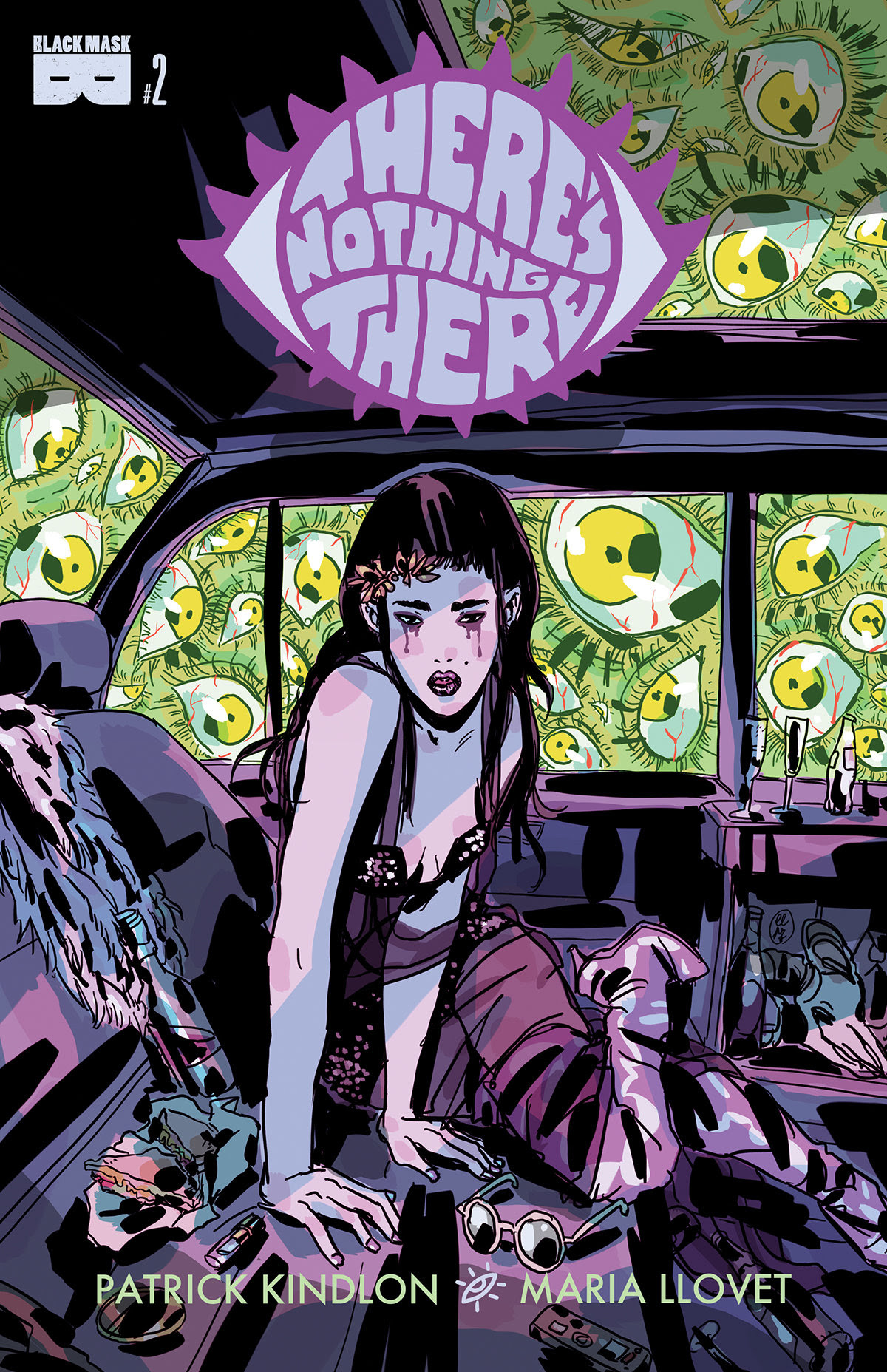 THERE’S NOTHING THERE #2
Reno puts ghosts on the back burner to walk the red carpet. But hauntings aren’t scheduled things, and she soon finds herself visited by another restless spirit. Meanwhile, more corporeal threats begin to form around her as a stalker and an angry sex cult jockey for position. It’s beginning to feel like nowhere is safe.