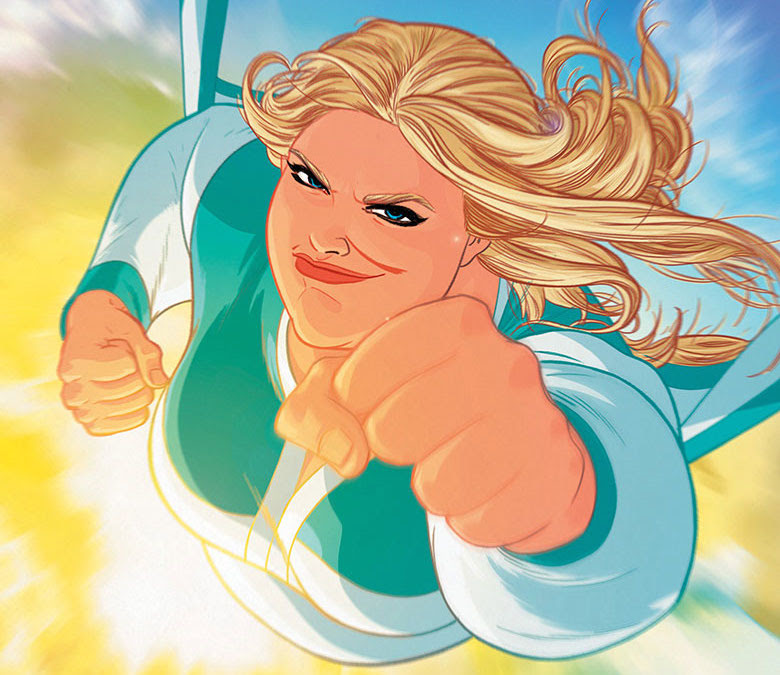 Pain from the past!

From Hollywood’s darkest shadows, an old enemy rises to extract revenge on Faith! A superhero’s work is never done…and, now, one of Faith’s former adversaries has returned for a fateful rematch that will put the life of Los Angeles’ greatest hero into a tailspin. And when this familiar assailant finally shows their true face, will the high flying psiot have the strength to put them down for good?

Ready your spoiler alerts because rising star rising star Jody Houser (Mother Panic) and acclaimed artists Meghan Hetrick (Red Thorn) and Marguerite Sauvage (DC Comics Bombshells) are going to pull the curtain on Faith’s most shocking adventure yet with the surprise moment of the year!

Archer and Armstrong’s cross-country travels through the weird, the wild, and the downright wrong have all come down to this: One final showdown with their greatest enemies! As Ivan the Soviet scientist bear and his army of Florida Men unite with the One Percent to unleash the ultimate death trap, the Valiant Universe’s premier adventure duo are gonna need all the help they can get!

Who will live? Who will die? Will Gub Gub ever find true love? These answers and more will stand revealed as multiple Harvey Award-nominated writer Rafer Roberts (Harbinger Renegade) and Eisner Award-winning artist Mike Norton (Revival) bring Valiant’s critically acclaimed series to a whirlwind finale that will leave no man – or mackerel – behind!