Action Lab Entertainment brings some momentum to 2017’s Free Comic Book Day with a reveal of one of the silver level title, Miraculous. The popular cartoon has had a comic book adaption since earlier this year. And now, Zag Entertainment and Action Lab will be giving out a new free comic during FCBD 2017.
Press Release
ACTION LAB ANNOUNCES FREE COMIC BOOK DAY SILVER TITLE FOR 2017

Miraculous: Tales of Ladybug and Cat Noir is a ZAG Entertainment show airing on Nickelodeon that has become an International hit. The story follows Marinette, the sweetest girl in Paris, who’s also the crime fighting superhero Ladybug! She fights alongside Cat Noir, who is head over heels in love with her. If only she knew Cat Noir’s true identity – her crush, Adrien! Will Ladybug and Cat Noir be able to balance their double lives and keep Paris safe from the villainous Hawk Moth?

Becoming Ladybug is a complicated process! First, Marinette needs a “Kwami,” which is a tiny magical assistant (hers is named Tikki). She also needs a “Miraculous,” which is a magical accessory (hers is a pair of earrings). Tikki uses the Miraculous to transform Marinette. But her Ladybug super powers only work for a limited time! 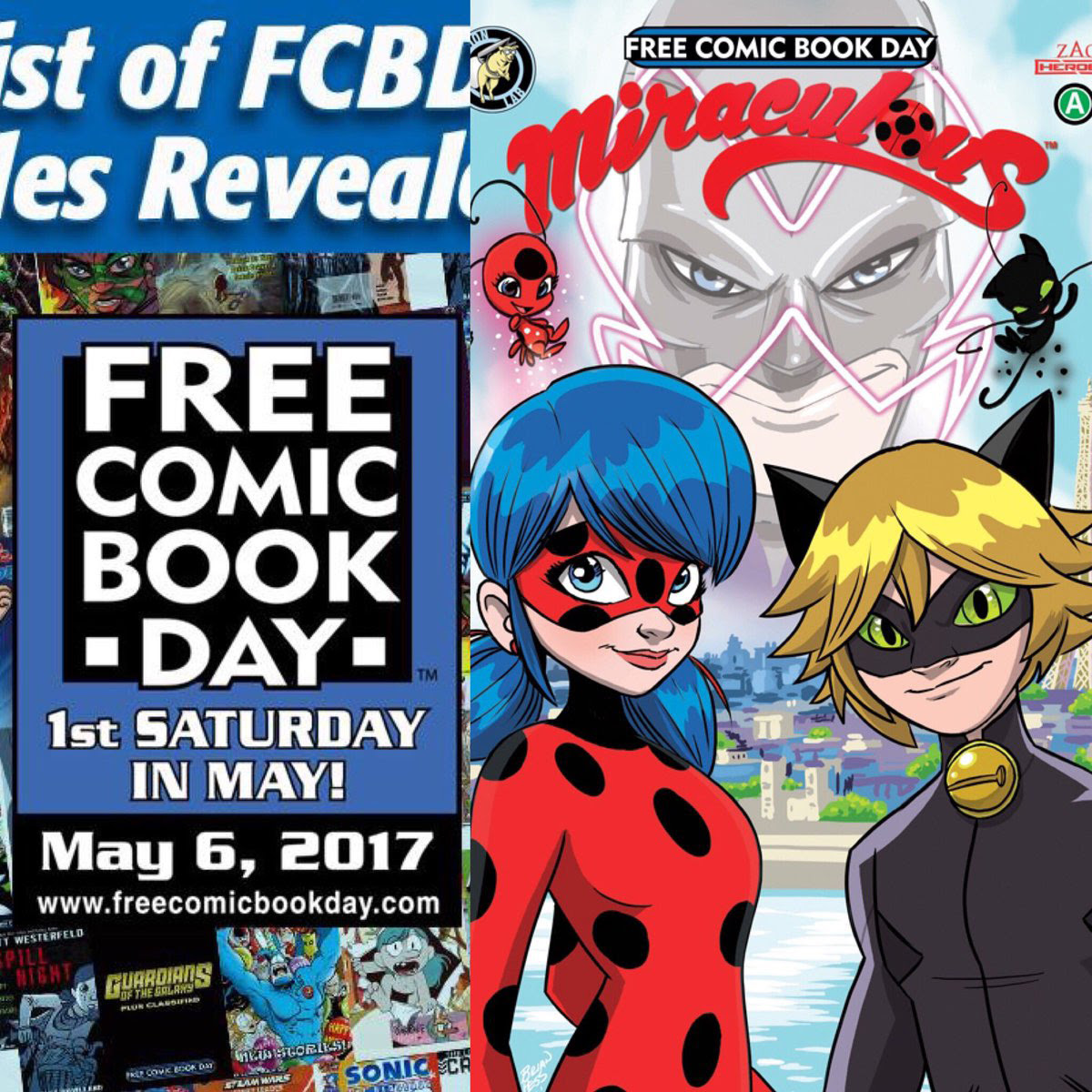