PEACH AND THE ISLE OF MONSTERS

Bullied as an outsider in her own village, Peach sets out to prove to everyone by taking on the biggest Monsters in the land! 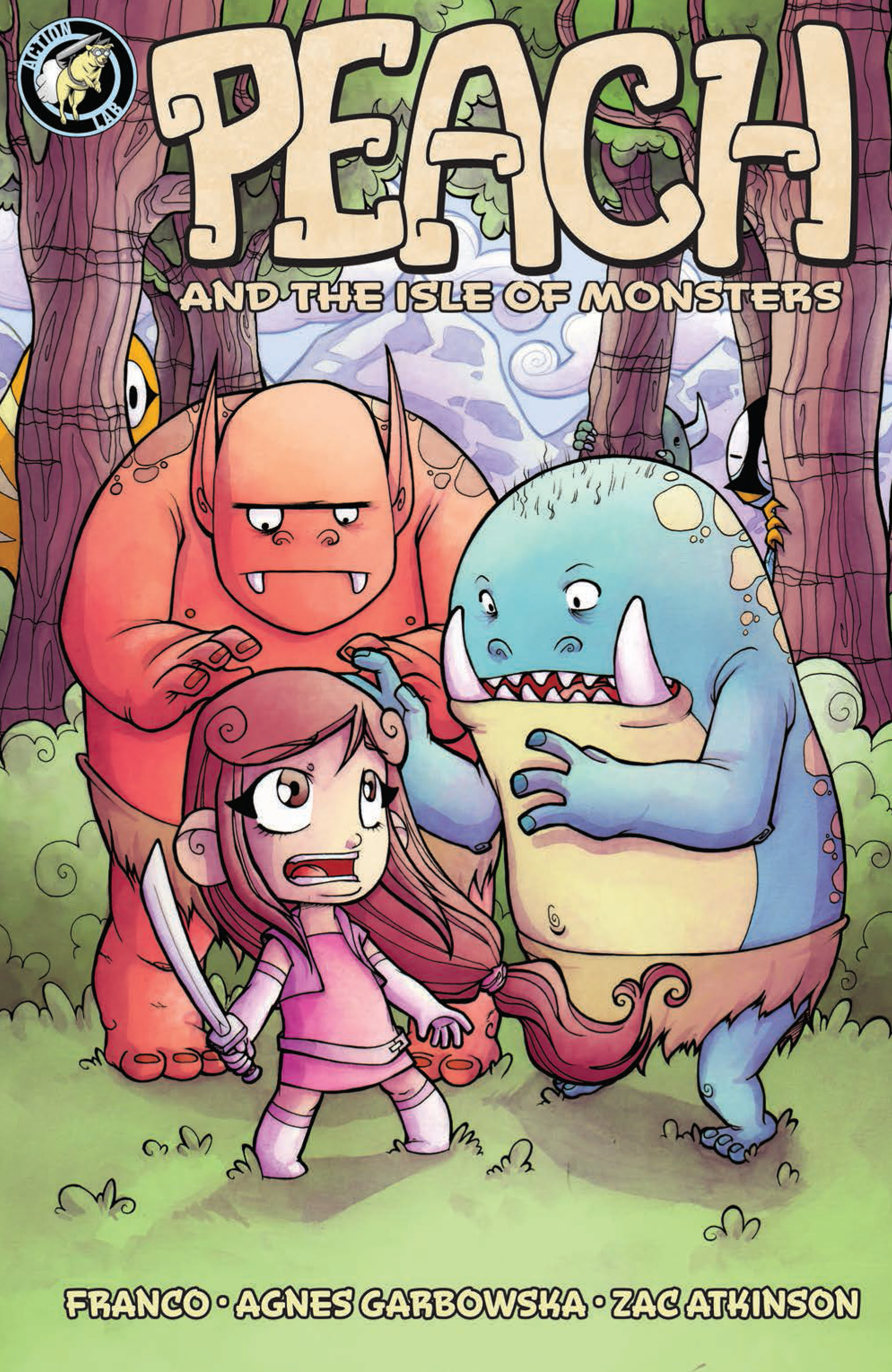 A young girl rumored to be born from a Peach is shunned and bullied in her own village and sets off on a quest for Monster Isle to prove to others she is more than just what they think of her.  Her journey brings her encounters with not just monsters, but hunters and pirates and witches.  She must learn that she has nothing to prove to anyone except herself.

Franco shares his passion for Peach: “I love telling stories and PEACH is a story I’ve had in my head for years.  It wasn’t until I spoke with Agnes about it that it became a reality! Peach is a strong girl who doesn’t know how strong she is!”

Bryan Seaton, one of the founders of Action Lab Entertainment, shares his thoughts on the creative team and book: “We are honored to have Eisner award winning writer Franco and such a fantastic artist as Agnes be part of the Action Lab family. Peach is such a quality addition to our line of books for kids.”

This book will appeal to everyone, because who doesn’t like a strong character… and monsters… and pirates… and witches!  PEACH AND THE ISLE OF MONSTERS #1 is due out in February 17, 2016.