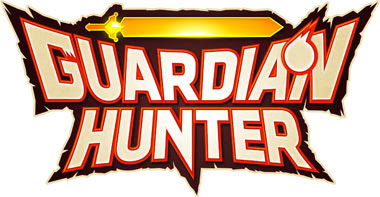 The action begins today as the alien-armored hero called X-O Manowar becomes the first comic book powerhouse to battle through the mystic realm of Bellia! Gather your allies and fight against the thousands of monsters with X-O Manowar’s signature lightning sword and “Sonic Boom” ability! With Valiant’s X-O Manowar on your side, you’ll stand a better chance than ever at leveling your Hunter and fighting against the Invaders from the Underworld to achieve peace in Bellia!

Then, in the wake of X-O Manowar’s sword-wielding debut, look for new Valiant characters to be added to the best-selling GUARDIAN HUNTER: SUPER BRAWL RPG throughout November! Next week, the supernatural guardian known as Shadowman strikes with his patented “Deadside Unleashed” ability on Thursday, November 17th! Then, Earth’s immortal Fist and Steel crashes into Bellia when the Eternal Warrior joins the fight with his “Pistols at Dawn” ability on Thursday, November 25th!

“NHN have done a phenomenal job bringing three of Valiant’s most enduring and beloved characters into three dimensions with beautiful graphics and action-packed gameplay,” said Russell A. Brown, Valiant’s President of Consumer Products, Promotions & Ad Sales. “X-O Manowar and Shadowman have a long history in gaming, and GUARDIAN HUNTER: SUPER BRAWL RPG is a fantastic collaboration that is capturing Valiant’s characters in a way that they’ve never been seen before and delivering them to a passionate new audience.”

Fight new enemies, summon charming new Guardians, and turn your hero into a super-powerful knight, mage, or archer as you explore the realm of Bellia in the awesome and improved GUARDIAN HUNTER: SUPER BRAWL RPG for iOS and Android – now featuring Valiant’s legendary comic book heroes: X-O Manowar, Shadowman, and the Eternal Warrior!

Born into battle, Aric of Dacia – heir to the throne of the Visigoth Empire – never knew peace. Raised under the oppressive thumb of the Roman Empire in fifth-century Europe, Aric’s entire existence was spent fighting a never-ending insurgency against history’s most brutal empire…until a far more terrifying enemy revealed itself and changed his destiny forever. Abducted by a brutal race of extraterrestrials known as the Vine, Aric was forced into slavery on an alien world. Torn from his family, his people and his nation, he spent years plotting his escape…until the day came that he was able to seize a weapon of incalculable destruction – a sentient suit of alien armor – and become X-O Manowar![/vc_column_text][/vc_column][/vc_row][vc_row][vc_column][vc_video link=”https://youtu.be/dZYWack4_E0″][/vc_column][/vc_row][vc_row][vc_column][vc_column_text]

There are a million dreams in the Big Easy. But now its worst nightmare is about to come true. As the forces of darkness prepare to claim New Orleans as their own, Jack Boniface must embrace the legacy he was born to uphold. As Shadowman, Jack is about to become the only thing that stands between his city and an army of unspeakable monstrosities from beyond the night. But is the mantle of Shadowman a blessing or a curse? And what is the true cost of his otherworldly power?[/vc_column_text][/vc_column][/vc_row][vc_row][vc_column][vc_video link=”https://youtu.be/kbF4-f8Pwbw”][/vc_column][/vc_row][vc_row][vc_column][vc_column_text]

Across ten millennia and a thousand battlefields, Gilad Anni-Padda has shaped history at the end of his sword. He’s razed empires, toppled civilizations, and broken armies as an immortal soldier in service to the Earth. A master of countless weapons and long forgotten martial arts, no one in the Valiant Universe is more dangerous or more experienced in the art of war than the unrelenting Eternal Warrior.

Download GUARDIAN HUNTER: SUPER BRAWL RPG today for iOS and Android and watch in awe as Valiant’s own X-O Manowar charges into a three-dimensional roleplaying battle like no other!

Valiant Entertainment is a leading character-based entertainment company that owns the largest independent superhero universe in comics. With more than 80 million issues sold and a library of over 2,000 characters, including X-O Manowar, Bloodshot, Harbinger, Shadowman, Archer & Armstrong, and many more, Valiant is one of the most successful publishers in the history of the comic book medium. Today, the company’s characters continue to be forged in publishing, licensing, film, video games, and beyond. Valiant consistently produces some of the most critically acclaimed comics in the industry and has received numerous industry awards and accolades, including a Diamond Gem Award for Comic Book Publisher of the Year. In 2015, Valiant announced a multi-picture deal to bring Bloodshot and Harbinger to the big screen as feature films.[/vc_column_text][/vc_column][/vc_row]